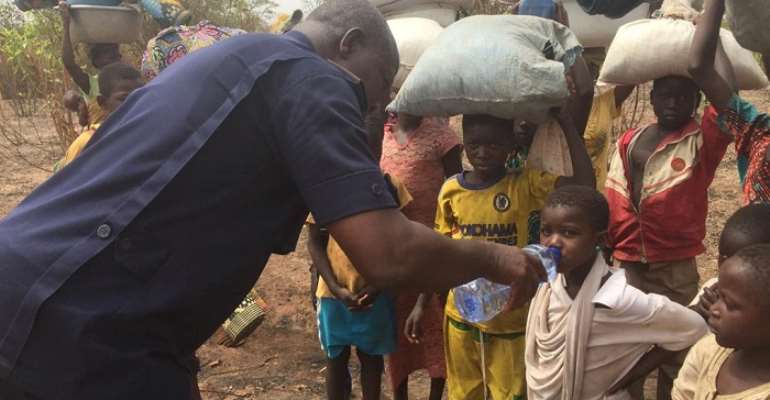 DGN ONLINE is informed that over 2,000 people have been displaced due to the recent conflict between the Chokosis and Konkombas in the Chereponi District of the Northern Region.

Reports indicate that thousands of people have been trapped and left homeless in some affected communities.

women and children have fled the Chereponi District.

The women have relocated to Saboba, Gushegu, Yunyoo and neighboring Togo for safety.

Sources have told DGN Online that women and children have had to seek shelter at a school block between Bobonayili and Gushegu.

Reports indicate that farmlands and produce belonging to residents in some of the affected communities have been burnt into ashes, causing hunger.

Some security personnel had to rescue the struggling women and children with food and water.

DGN Online‭ gathered that pregnant women in some deprived communities in the Chereponi ‬District cannot access any health facility due to the violence.

The Chairman of the Northern Regional Security Council (REGSEC), Salifu Saeed, will be meeting with leaders of the feuding tribes today, March 20, to dialogue on finding lasting solutions to the conflict.

So far, three persons have died whiles eight persons have been arrested in connection with the renewed violence.

Police and military patrols have been intensified in some communities within the Chereponi District of the North East Region.