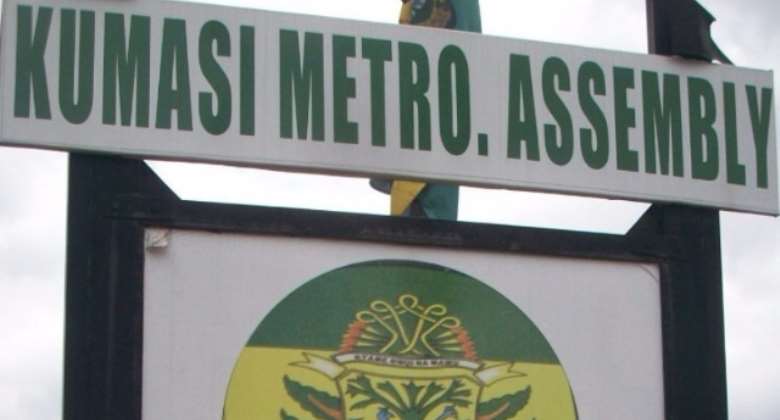 The Kumasi Metropolitan Assembly (KMA) in its efforts to improve the environmental sanitation in the metropolis has deployed forty Sanitation Inspectors to enforce sanitation bye-law, effective Wednesday, March 20, 2019.

Offenders, according to the city authorities, will either made to sanitize (sweeping or picking) the area where the offender was caught, or prosecuted at the law court, or both, to instill discipline in the city.

The Metropolitan Chief Executive (MCE), Hon. Osei Assibey Antwi, said it was part of the assembly commitment to improving the level of cleanliness in the city before, during and after the commemoration of the 20th Anniversary of the enstoolment of Asantehene, Otumfuo Osei Tutu II.

He explained that the inspectors have been mandated by the Assembly to arrest and prosecute anybody caught littering.

“They have the power to either make the offender picks and sweeps around all solid waste in the area the person was caught, or arrest or prosecute at the law court, both. This will deter others to comply and make the city clean, which will be host a lot of dignitaries during the Asantehene anniversary,” he explained.

Stray animals
He said, in collaboration with the Asokore Mampong Municipal Assembly, plans have been made to confiscate stray animals found during and after the celebration.

“It has been observed that lot animals are found in the major streets of Manhyia Palace, Asawasi, Aboabo, Kumasi Airport roundabout, where lot dignitaries will be passing, causing human and traffic jams. Any animal found will be confiscated and the owner will be prosecuted,” the Kumasi Mayor warned.