It Is Undemocratic To Disband Vigilante Groups! 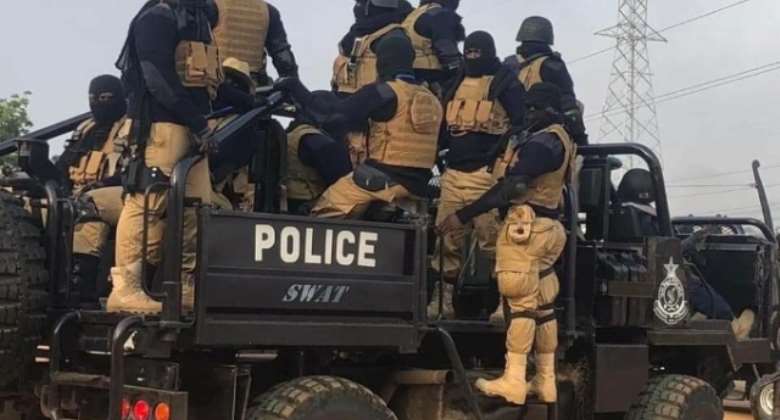 Before the Multimedia group documentary on Vigilantism was put in the public domain, there was already a surplus of news, whether unsupported speculations or open secrets, pervading the political horizon about "attack dogs" belonging to both the biggest political parties in the country.

In fact, since the onset of the fourth republic, there have been various groups of praise-singers, who metamorphosed into political Mayweathers and Rambos over time.

Vigilantism, as we are all aware, is not a bad thing.

Our first Special Prosecutor, Martin A.B.K. Amidu, in this country, was recruited from the path of Vigilantism.

According to the USA/UK English dictionary, a Vigilante is "a person who considers it their own responsibility to uphold the law in their neighborhood and often does so summarily and without legal jurisdiction"

Article 3 Clause 4 of the 1992 constitution clearly enjoins on citizens to protect and project the sanctity of the supreme law of the land.

So basically, these groups who take upon themselves to defend the fundamental laws of the land, even if it is to defend the constitutions of their political parties, their connotation is in the positive light.

Anything beyond that amounts to undemocratic.
After all, people or organizations including State institutions, do sidestep the limits of their mandates.

An example is our dear august House of Parliament, that cherish doing roads, construction of schools, bridges, gutters, and boreholes to the total neglect of their oversight mandate over the Executive arm of government.

You see, the deliberate institutionalization of Hypocrisy as another system of government, and the perfection of propaganda in this country have blindfolded majority of citizens, including our President and other political stakeholders in the opposition, to see the legitimacy of Vigilantism.

There is no gainsaying the misoperation of vigilante groups have done us a lot of disservices and has remained the biggest incubator of our political upheavals, but there's no way we can treat cancer with paracetamol!

The persistence and insistence of politicians, or rather "poor-ticians" to always call yellow-green, has worsened a rather nauseating situation.

I think we must defeat political hypocrisy before we talk about disbanding the rights of vigilante groups.

Today, in Ghana, what propaganda cannot do, plenty of it can do. A phenomenon that renders our politics to become another form of witchcraft for the destruction of political enemies!

I am personally taken aback that President Akufu Addo and the government find it discomforting at the mention of these informal internal pressure groups in their party.

If I may be allowed to be frank, let me point out that the existence of these groups in any political space, be it in the UK or USA, makes politics interesting. The activities of vigilante groups, believe it or not, is a manifestation of the definition of politics by Harold Lasswell: "who gets what, when, and how?"

Aside garnishing the political ambiance, they are just like any other group whose existence has been guaranteed by Article 21 Clause 1(e) of the 1992 constitution of Ghana.

They might have become violent and a threat to the very fundamentals of our democracy and the constitution specifically, they must not be decamped or disbanded lest it would amount to a flagrant contempt of our democratic experimentation.

The bold step taken by the President to say enough is enough on the future of them is highly commendable though, but as a lawyer, His Excellency must appreciate the legal dictum that "your rights end where another citizen's rights begin".

Besides, what is the guarantee that mere legislation to clamp down this precious right of vigilante groups can yield the desired results?

It is Shehu Bayan of Tamale who usually questions people who come to him for special prayer in order to stop a particular addiction, whether someone prayed especially for them before they started those addictions?

"If someone didn't offer any special prayer for you to start it, nobody must pray for you to stop it" has always been his response to drug and other addicts.

You can't give what you don't have and you can't end what you didn't start.

President Akufu Addo must understand that he didn't form these groups in the first place, and he or the party never asked them to congregate. They have, therefore, no right to decamp them! Period.

Let's stop the farmyard language and the double standard and face reality.

Vigilantism is so deeply rooted in the fabric of our society and has become beneficial and profitable because that was the essence for their formation.

What happens is that, over time, they invite over the particular Member of Parliament in their constituency to visit them.

They usually subsequently ask for favors from these parliamentarians, and in return, they don't only vote for them but engage in more unsolicited operations to please their supposed paymasters.

Now, the biggest question that any reader has to answer is, were you one of the said MPs or officials of the political party, can you turn down such a service to perpetuate you in power?

I believe if the President concentrates on his fight against unemployment it may indirectly crush the foundation of this menace.

Because, if legislation is legislated and the youth still have "bases" to congregate for lack of jobs, and go to bed with empty stomachs, "this is just the beginning!"