By Zinyange AUNTONY and Farai MUGANO 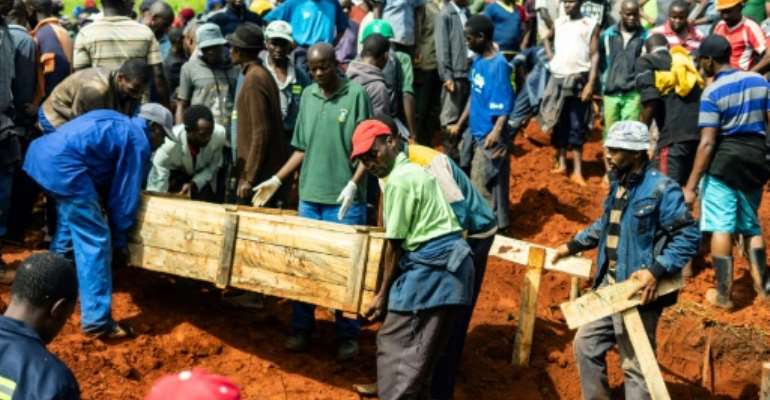 Mourning: Victims of the disaster were given a joint burial on Monday at the local cemetery, Chimanimani Heroes Acre. By Zinyange AUNTONY (AFP)

Agony is etched in Tapiwa Chanyawoâ€™s face as he tells of the night the storm came, a mudslide swept away their home, and his family died.

Their home, in the eastern Zimbabwean town of Chimanimani, lay in the path of Idai -- a gigantic tropical cyclone that may have left more than a thousand dead in its wake.

"My father, my mother, my two sisters including the elder one and her child, they all died," Chanyawo told AFP from his bed at a local hospital, counting the numbers on his fingers.

His family was among 98 confirmed dead in Zimbabwe. At least 217 more are missing and 44 stranded, according to the information ministry.

The storm struck overnight Friday after first smashed into central Mozambique, whose president, Filipe Nyusi, said on Monday that at least a thousand people there may have perished.

More than a hundred houses in Ngangu township in Chimanimani were destroyed by heavy rain, raging winds and rolling rocks.

The structures are made of home-baked bricks and corrugated iron sheets.

Homes of this type are a familiar sight across Zimbabwe, and are known for their resilience.

But, in Ngangu, they were no match for a storm packing hurricane-force winds, pounding rain and mudslides. 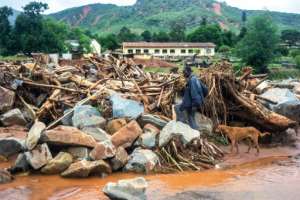 Searching: A man in Ngangu hunts for missing loved-ones, helped by his dog. By Zinyange AUNTONY (AFP)

Jane Chitsuro, 42, miraculously survived but struggled to hold back the tears of loss.

"I have no clue where my daughter is buried in the debris," she said, her head wrapped in a bandage.

"There is no house left to talk about, no furniture, nothing to wear or cover oneself with. Only masses of broken bricks and rocks".

Praise Chipore's face is bruised and swollen -- the evidence in pain of what happened to her on Friday night.

"A flood came and my house was destroyed and I was buried underneath it. My daughter who was with me on the bed was washed away from me and then a bigger flood carried me farther away," said Chipore.

Grief pervaded the Chimanimani community on Monday as families started burying their dead in damp graves, with some family members sharing one grave. 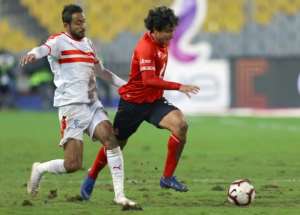 A tractor did several trips carrying coffins, fashioned out of crude timber by local woodworkers, to the burial site.

Chimanimani is one of Zimbabwe's most picturesque regions, a verdant place of mountains, water falls and rainforests that is deeply popular with tourists

But the scene following Cyclone Idai was one of awful desolation.

The storm not only destroyed homes. It also washed away crops awaiting harvest in the fields and ripped bridges to pieces, leaving destruction that acting defence minister Perrance Shiri said "resembles the aftermath of a full-scale war".

Some roads were swallowed up by massive sinkholes, a business centre was wiped out while bridges were ripped to pieces by flash floods. 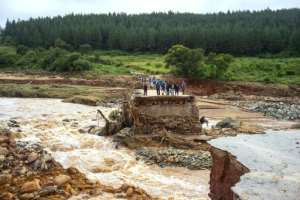 The eastern district of Chimanimani was worst-hit, with houses and most of the region's bridges washed away by flash floods.

Some of the most affected areas are not yet accessible, and high winds and dense clouds have hampered military rescue helicopter flights. 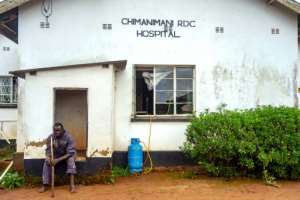 The majority of the missing are thought to be government workers, whose housing complex was completely engulfed by raging waters. Their fate was unknown because the area was still unreachable.