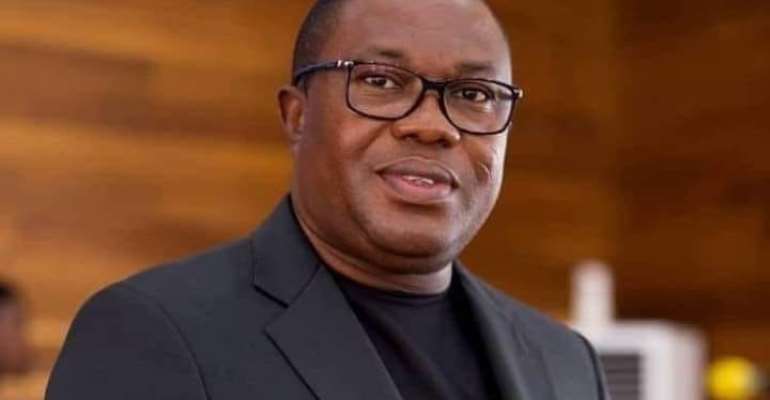 The opposition plays indispensable role regarding governments built on multiparty democracy. True democratic governance works fully well in the presence of checks and balances. In effect, these checks immensely help to ensure that other significant elements of democracy—namely, accountability, transparency, and responsibility, are not left out of the whole equation. Patriotic-minded opposition parties know that they form integral parts of their country’s political system. This is because not only do they represent alternative government but also the citizens expect the opposition parties to challenge some of the government initiatives and where necessary provide different or alternative policy choices.

In short, one of the cardinal roles of the opposition parties in multiparty system is to keep the government on its toes to help make it transparent and accountable to the citizens. This also means the credibility and the genuineness of the opposition parties’ efforts to ensure the government is transparent and responsible, to a larger extent, are based on the quality or the constructiveness of their roles.

But, what do we see presently in this country in the face of settled evidence that opposition parties are inseparable part of multiparty democracy? Regrettably, the NDC which is the major party in Ghana today besides the ruling NPP, has taken an all-important opposition functions in democracy into the new lows. Take a sober look at the behaviors of the NDC’s current leadership spearheaded by the ex-president-turned-flagbearer Mr. John Mahama and Chairman Samuel Ofosu-Ampofo, and we may get clearer picture of NDC’s skewed understanding of the responsibilities under multiparty governance.

From the very first day the then Mahama-led NDC government lost power in December 2016, the long-term strategy of the leaders of the party in and outside parliament, was to make the country ungovernable under Nana Addo’s administration. For the most part, this is the political agenda the NDC top leadership and their hangers-on are subtly and cynically promoting around the country.

In what seems to be a fulfillment of their long-standing political game plan of making Ghana unmanageable, Mr. Ofosu-Ampofo the national chairperson of NDC was recently caught on audio tape in a meeting with some of the party top operatives, brainstorming sinister ideas on how to manufacture social disorder in Ghana. The secretly recorded leaked tape appears to be real in that so far the NDC’s chairperson who is said to be the speaker has not come out to dispute the authenticity of the tape’s frightening and treasonous undertones except some flawed defense on his behalf that the audio was altered or “doctored.”

If the leaked tape was “doctored” as claimed by Mr. Ampofo’s apologists, then the essential question becomes which specific parts of the audio tape were said by the NDC leader during that infamous huddle? In other terms, why not Mr. Ofosu-Ampofo or his vociferous but misleading communication team hasn’t come out to provide Ghanaians with authentic tape that is not doctored? In this case, step-by-step account of the chairman’s entire speech as opposed to reechoing the party’s talking points that the tape was doctored.

The tape was alleged to be “doctored” but by who”? It is a joke and sad that the main opposition party in Ghana headed by Mr. Ofosu-Ampofo, and ex-president John Mahama especially, have not yet learned anything substantive about the basics of competence in leadership. As national chairperson of a major party or “government-in-waiting,” highly expected to have the supreme interest of the country at heart, it is unthinkable for that person to tell party followers to secretly engage in kidnapping and other destabilizing activities to serve parochial aim to win power.

Delving into the leaked tape incidence few days or week afterwards, the NDC’s presidential aspirant Mr. J.D. Mahama’s untruths and incompetence were on full display as expected, judging from the incoherent manner with which he tried to defend some aspects of the audio tape relating to the chairperson of the Ghana Peace Council, Dr. Emmanuel Asante. If Mr. Mahama is adept and savvy political leader, he would have stayed composed or would not have made any disdainful comment aimed at justifying the unjustifiable insults levelled against the Peace Council leadership.

Let’s not joke or treat Mr. Ampofo’s leaked tape “business as usual” because he occupies sensitive position as the chairman of Ghana’s main opposition party. Apart from its importance in democratic culture, opposition group/party in Africa, for example, that behaves like the current NDC, with attitudes highly suggestive that the party has mortal hatred for the ruling government, none of us should be surprised the group can easily be tempted to mobilize some disgruntled people to violently undermine the stability of the nation’s fragile democratic experiment if the outcome of the upcoming general elections didn’t meet their expectations.

The contents of the tape are alarming; and, no matter the lengths the NDC leadership is willing to go in order to make Ghanaians forget about it quickly, the frightful plot hatched by Mr. Ofosu-Ampofo as captured on tape will undoubtedly cast deep shadow of sociopolitical ramifications that will reverberate across the country and during 2020 general elections.

If Ghanaians honestly want something to worry about in terms of their safety, Mr. Ofosu Ampofo’s audio tape is the one to concern about most. Without any shred of exaggeration, our country Ghana, is a land full of jokers, fickle-minded tendencies, and forgetfulness. It is why an opposition party such as NDC led by non-performing ex-president is mounting electioneering campaign based on the behind-the-scenes violence and propaganda, yet it seems to be gaining some traction. Again, in Ghana blue is white; and, yellow is green, while everyone caught on audio tape or video has one and only one defense: “It is doctored.” And almost all Ghanaians will respond Amen!

We'll not allow this old man Akufo-Addo and his old men gov'...
15 minutes ago

There's no disquiet among us over Akufo-Addo 'luxury' trips,...
47 minutes ago