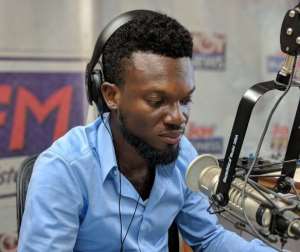 Ghanaian beats producer and host of Joy FM’s Geeks Squad, Kobby Spiky Nkrumah, is angry with African football’s governing body, CAF for the use of his work without permission.

The beats producer has revealed to adomonline.com that the football body used a soundtrack belonging to him for the promotion of CAF Awards without his permission.

According to Spiky, not even emails to CAF drawing their attention to the infringement on his intellectual property rights prompted the Federation to take the right action.

He said: “After a couple of emails, they [CAF] deleted the posts on #IG [Instagram], #FB [Facebook] and twitter and decided not to continue communication, even after my lawyers wrote to them”.

Mr Nkrumah produces beats under the production name, Spiky Beats and has expressly stated under his beats, “If you want to use my beats for commercial purposes, please contact me at [email protected] com”.

In spite of the expressly stated conditions for use of his beat, however, CAF has gone ahead with the use of the beats without contacting Mr Nkrumah.

“When I complained to CAF, all they could do was to delete the promotional video from their page,” he told adomonline.com.

Mr Nkrumah has served notice that he would go all lengths to ensure the world is made aware of the infringement on his right.