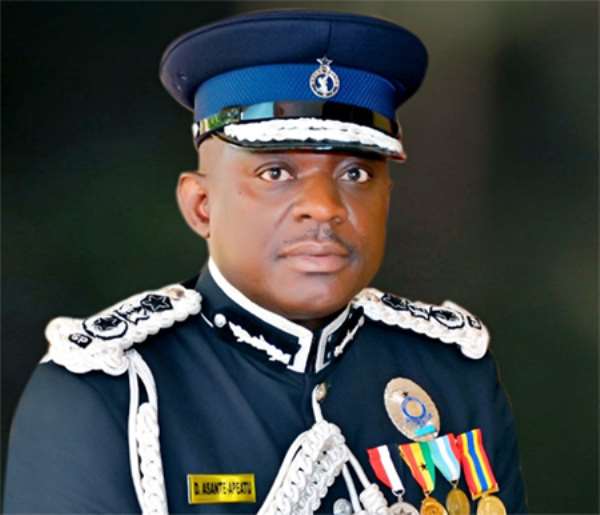 We are appalled, even saddened that Ghana in 2019 in a rule of law driven society would witness barbarism from so-called professional police officers as experienced by journalists from The Ghanaian Times last week.

The unenviable brutality, uncouthness meted out to journalists was a display of open hatred for the media by the officers. They did what they did because they did not want what happened to be brought to the notice of the public; unfortunately it has, in a horrendous fashion.

Whatever investigation is going to be undertaken should begin with the open display of crass indiscipline by the motor-riding cop whose conduct triggered the chain of misconducts by the regimented persons in the story: they should have known better that their conduct does not belong to a civilized police service.

Even more disturbing is the fact that one of the perpetrators of the criminality was a superior police officer, a Deputy Superintendent Of Police. Imagine such an officer commanding a district.

This should not be a business as usual module. The Inspector General Of Police (IGP) must wade into this nonsense immediately because we are not in a jungle. We won't be satisfied with carefully crafted composition from the Public Affairs Directorate of the Police. We have too many of such lame placating interventions. We want action and now.

Such brutality, imbecility should not be happening under the watch of Mr. David Asante-Apeatu and the sooner he acts to placate incensed journalists across the country, the better would it be for media/police relations.

It is mind-boggling that this is happening at a time the Police Administration has assured Ghanaians that the training manuals are being upgraded to incorporate basic PR to foster mutual and respectful relationship between the Police and their many publics.

The IGP, when it was suggested to him recently to consider making police commanders accessible to the public because the status quo does not encourage that, was upbeat. He said that was being taken care of under the auspices of the European Union. He even said that there is an improved worldwide ranking of the Police in that regard. Now we are beginning to have doubts about this ranking. More, of course, must be done to catch up with internationally acceptable best practices in policing.

With this brutish conduct by some police officers, we should not expect the productive cooperation from members of the public when, for instance, information is needed for the apprehension of criminals or important leads are required for the unraveling of seeming intractable security conundrums.

We would not be satisfied with a mere 'we are looking into the matter.' We want to see concrete action taken against all the officers.

The IGP has been offered a fine opportunity to assure us sincerely that he can walk his talk when it comes to enforcing the law and for that matter discipline. If misbehaving cops can get away with crime, then the war against vigilantes could be a cosmetic exercise. We are encouraged by the intervention of the Ghana Journalists' Association (GJA) in the matter. The swiftness calls for commendation but that should not be the end of it. The GJA President must demand answers and actions from the IGP and even the Interior Minister.

We shall revisit this subject with a view to ensuring that the perpetrators are dealt with according to law. The suspects in this matter do not belong to the transforming Police project the IGP is working on.

The President should be disappointed by this conduct of these cops having showered flowery praises on the Police during the 62nd anniversary of our independence in Tamale. We shall return.