The Real Problem Of The Cedi 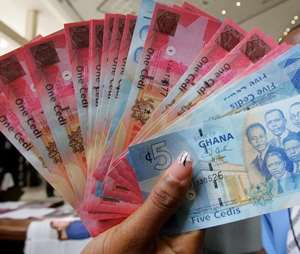 The economy of Ghana has been a net-importer for at least five (5) decades. Many things that can be produced locally are usually imported. However, these imports have huge impacts on the price at which the Cedi must be exchanged for other foreign currencies.

These countries do not suffer the problem of demand and supply of their economies. The reason for that which causes this economic challenge is the lack of consistency in the inflows of foreign currencies. Once the importers, travellers (for Air-ticketing), Tenants (Rent payment) need the dollar especially, to enable them to transact businesses, the demand for the dollar will be high.

The supply of it, on the other hand, depends on the loans including the bonds, grants, cash aid and some foreign exchange from exports that the country receives. Any time there is an imbalance in the equation between demand and supply, the price of the exchange will shoot up. This means the injection of more dollars or other foreign currencies into the economy will only stabilise the rate of the exchange and not constitute a terminal solution.

Industrialisation may not necessarily mean heavy investments in technology and automobile. It can mean the manufacturing of home appliances, shoes, production of foodstuffs, chemicals, fertilisers, production of rice, production of chicken etc. It can begin from cottage industries to light and heavy industries. The East Asian “Tigers” never had it easy in their quest to industrialise. They moved from an easy stage to a more difficult or complicated stage in their industrial development. Japan, America and Britain had already taken off before the East Asians including China emerged. They had the courage and competed with the already advanced economies.

The industrial drive of the country and many other African countries is handicapped because we have resigned to fate and have accepted the belief that we cannot compete with anyone. In building an industrial economy, the idea is not even about competing with advanced countries or economies. It can be the grounds to partner with high-tech companies in developing some of the industries or sectors of the local economy. Industrialisation is not seen as the key to the Economic transformation agenda in Ghana and some African countries because it has been a political rhetoric. It has not been practised in actuality.

It has been paperwork for so many years now. Every country has a comparative advantage that must be identified to have a competitive advantage of other countries. The inability of Ghana to identify its comparative advantage in order to competitively deal with the rest of the world will continue to push the discussion about the exchange rate further and its persistent depreciation will continue for centuries. Industries can be built to put a halt to the importation of some items in our trade. The statistics from our trade indicates huge importation of rice, chicken and other basic goods that can be produced locally. The talks only happen but the search for the solution is not done. The government needs to identify the problem of the Cedi from the data of the Ghana Statistical Service.

The solution to the problem of the Cedi or the exchange rate is in there. Some institutions in Ghana demand that all monies that must be paid to them should be in dollars and not Ghana Cedis. Houses and rent are bought and paid for with the dollar. In solving the Cedi’s depreciation, the state needs to check the feasibility of reverting the regime of valuing products and services provided to the citizens in dollars.

Rent and houses should be valued and sold in Ghana Cedis and not in dollars. One of the ways of controlling the exchange rate is banning the use of foreign currencies in a domestic economy. There is no reason for people to use foreign currency such as the dollar to pay for rent and other services in Ghana. The use of the dollar for Air-ticketing cannot be changed. The method adopted by the BoG to regulate forex trading is ineffective. Those in the Black Market must be banned or have their activities regularised.

A trade surplus does not mean that the excess of value in terms of export is made available to the state. The excess in value of export may be for interest payments for loans contracted or bonds issued. The excess in value of the exports of the country should make available more inflows of foreign exchange. In reality, this may not happen and therefore just another paperwork that is often experienced.

The interest payments in many African countries are huge and occur closely in every financial year. Interest payments need to be made many times in many African Countries. All these have effects on the price forex must be bought with the Ghanaian Cedi. The real problem of the ever-worsening Ghanaian currency is not just about imports alone. It is also about the Demand and Supply of the dollar as well as other Forex. Such factors affecting the Demand and Supply of the dollar and other foreign currencies have been outlined in the foregoing discussion. Industrialisation is key in dealing with this economic difficulty.