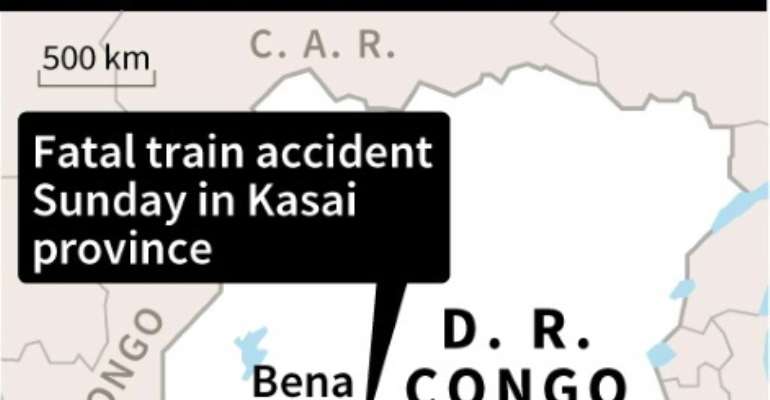 At least 24 people were killed and 31 injured Sunday when a freight train carrying stowaways derailed in the Democratic Republic of Congo, police and medical services said.

The accident occurred in Kasai province, in the centre-west of the central African country.

"We have retrieved 24 bodies, mostly children. It is a provisional toll because the wagons are still overturned," a railway police official in Bena Leka, 140 kilometres (90 miles) north of Kananga, one of the main towns in Kasai, told AFP.

"Most of the passengers are stowaways because it is a freight train. We have suspended the search because night has just fallen in the area," said the source, who was at the site.

"Several wagons have fallen into the water at the bridge over the Luembe River and five more wagons are still overturned."

Serious casualties were taken to the hospital in nearby Kakenge.

"We are overwhelmed by the number of injured. We are working urgently. We have already admitted 31 injured," said doctor Jean Claude Tshimanga of Kakenge hospital.

It is the third rail accident in about a month in central DRC. Five people were killed in a passenger train accident last month at the station in Kalenda.

Rail accidents in the sprawling former Belgian colony are frequent and often deadly because of decrepit track and ageing locomotives dating from the 1960s.

Police hunt for five members of kidnap syndicate in Savannah...
46 minutes ago