Pre-Brexit Strike Bring Eurostar To A Standstill In Paris 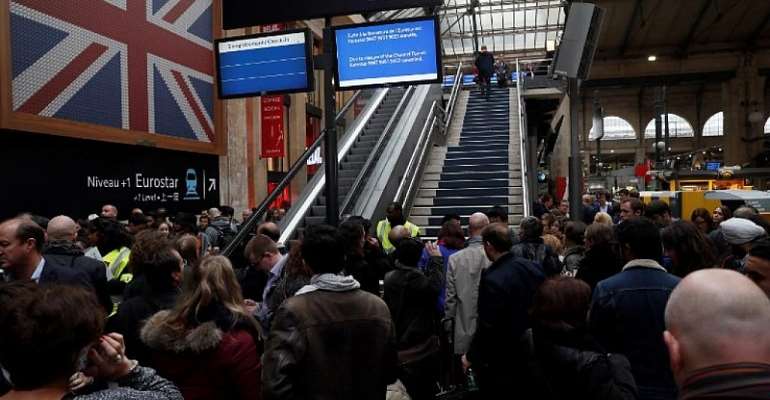 Eurostar trains from Paris to London were hit by cancellations and "severe delays" on Sunday as French customs officers staged work-to-rule industrial action. Customs officers are demanding higher pay and better working conditions while seeking to demonstrate what might happen if full border controls are put in place once Britain leaves the European Union.

Paris-to-London trains were experiencing "severe delays and lengthy queues for our services," Eurostar said on its website. "We strongly recommend that you do not travel today."

Four trains had been cancelled by lunchtime on Sunday, with another three on Monday and one on Tuesday.

“You can change your ticket free of charge to a future date, or claim a refund,” Eurostar offers.

Apart from this, a total of 36 Eurostar trains has been cancelled between March 17 and March 30 “for operational reasons.”

Sunday's work-to-rule was just the latest in a string of strike actions by the French customs officers.

Passengers react furiously, sending tweets with pictures showing long lines of people waiting. “I was meant to go to Paris today,” tweets Claire C. “I have looked forward to it all winter. We've been forced to cancel. # Eurostar told us not to travel. I've lost money and I'm missing out. This is very directly down to # Brexit .”

“Approaching hour four in Eurostar queue,” tweets Katie Caroll, and on a more positive note: “Putting aside the obvious misery, I can't help but marvel at how polite, friendly, and calm everyone is,” she tweets.

Work-to-rule strikes began in early March, in the Channel ports of Dunkirk and Calais, northern France, leading to long delays for trucks waiting to cross to Britain.

The customs workers want better pay but also more staff to cope with British travellers who will no longer have European passports once the UK leaves the European Union.

Brexit is due to happen on March 29 but looks increasingly likely to be delayed as the British parliament is yet to agree on a divorce plan.

On Wednesday French unions representing the around 17,000 customs workers rejected a government offer of a 14 million euro payroll boost, saying it was insufficient.