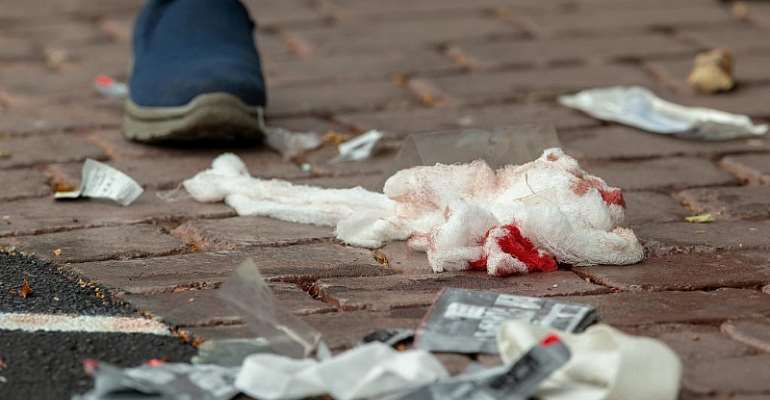 In the wake of the Christchurch massacre, families of the fallen anxiously wait to recover the bodies of their loved-ones. Criticism is being directed at news sites who chose to share the gunman's gruesome footage and to humanise him through reports on his childhood.

Australia's Sky News was taken off the air in New Zealand following complaints that it was ignoring instructions not to broadcast video of the attack. Non-violent parts of the footage shared by Australian newspaper sites was slammed by readers demanding that it be removed.

An article by one newspaper reporting on gunman Brenton Tarrant's life growing up the Australian town of Grafton said he was a "dedicated” fitness instructor who ran free programmes for children.

British press reports, meanwhile, published a photograph of Tarrant as a toddler – describing him as an “angelic child who grew into an evil far-right mass killer”.

Countless people online have called out the western media for choosing to focus on the life of the perpretrator rather than the lives of his victims.

Tarrant's social media accounts have since been removed, and Facebook has taken down 1.5 copies of the video, which had been live-streamed on the platform.

Official images of Tarrant's face taken during his court appearance were pixelated due to a court order, but a white-power hand signal he gave was not obscured.

As the death toll rose to 50, a moving Haka war dance tribute was performed by the indigenous Maori community outside Christchurch's Al Noor mosque , the scene of the worst of the two attacks.

Prime Minister Jacinda Ardern hugged mourners and laid a wreath outside a mosque in Wellington in tribute to the victims.

Ardern, whose office was sent the gunman's manifesto just minutes before the shooting, has promised changes to gun laws in New Zealand – where figures published by the Maori Council say roughly one in three people own the country's 1.5 million guns.