Students of the UEW have been asked to go home

The only way to deal with the current impasse at the University of Education, Winneba is to initiate a drastic overhaul of the entire leadership of the University.

This, according to policy and analyst, Kofi Bentil, is the best approach government could adopt to put matters to rest.

The local President of the University Teachers Association of Ghana (UTAG), Dr. Frimpong Kakyire Duku, was sacked after initiating legal action against his employer “without any cause” and without exhausting internal procedures.

Angry students went on a rampage and smashed windows and glass doors of buildings on the Winneba campus of the university demanding their lecturers' immediate reinstatement.

But it all started when Professor Mawutor Avoke took office as Vice Chancellor for the University in October 2015 replacing Professor Akwasi Asabere Ameyaw whose tenure of office ended in September that year.

His appointment was opposed by people within and outside of the University regardless of the fact that he had served two terms as Pro-Vice-Chancellor.

The Member of Parliament for the area Alexander Afenyo Markin was believed to be the one behind this opposition to Prof Avoke’s appointment.

He explained that the new VC had been involved in the governance problems in the school as far back as 2013. 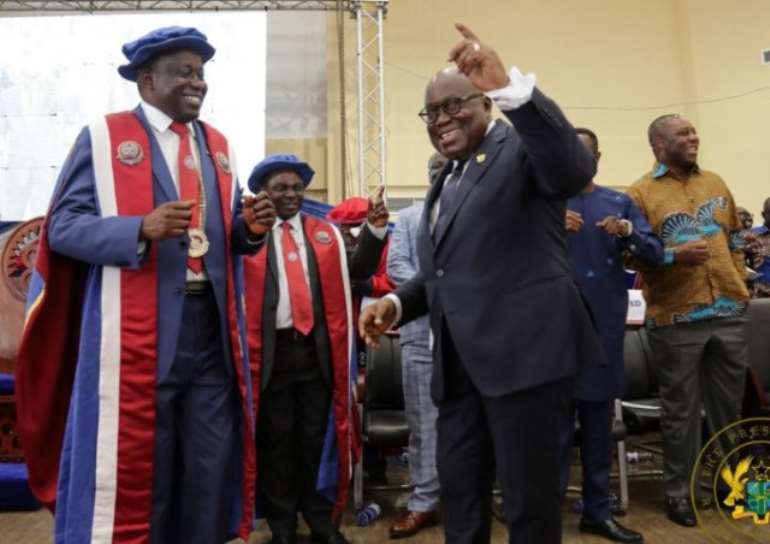 Mr Bentil who had hoped that the MP’s involvement will sanitise situations has been left disappointed.

Now, he wants the Education Ministry and President Akufo-Addo to take steps to clean the stables.

“Clear the Governing Council and put a new set of people to fix this and clear the top hierarchy. Sometimes cleaning the stables is a good idea,” he said. 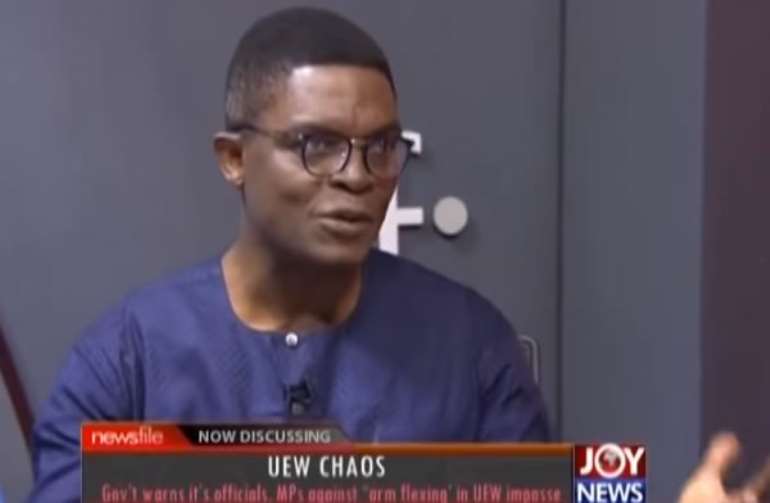 However, the Executive Director of the Institute for Democratic Governance (IDEG), Emmanuel Akwetey, who was also on the show doesn’t quite agree with Mr Bentil.

He said clearing might be a little extreme but wants whatever is causing the recurring problems at the school investigated.

“Winneba is not the only university we have across the regions, why is persistently in this crisis. Is it political interference, which is not given the scope, how do they chose the leaders…there have been cases of who was fired and who was appointed and what mode and so on.

“But given the dismissals which have triggered this, I think that probably they also ought to look into the style…universities are not like secondary schools and you cannot fire people [anyhow].

“If it requires that some more effective experience is needed to bring the university back to full business, that should be pursued,” Dr Akwetey said.