Who Is Afraid of Ofosu-Ampofo? 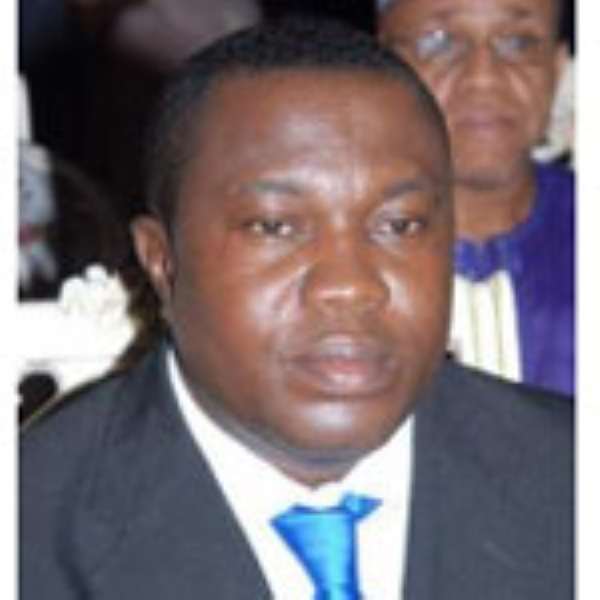 The call by some leaders of the ruling New Patriotic Party (NPP) for Mr. Samuel Ofosu-Ampofo, the National Chairman of the main opposition National Democratic Congress (NDC), to come clean on the fact of whether it is his voice that is heard on the alleged audiotape conspiring with his party headquarters associates to destabilize the country in a bid to having the NDC return to power come January 2021 or, if so, resign his party post, is grossly misguided. At best, the call for Mr. Ofosu-Ampofo to resign his chairmanship of the National Democratic Congress is scandalously naïve. At the worst, it is simply preposterous because it naively and vacuously assumes that any of the executive operatives of Ghana’s main opposition political party are of the enviable caliber of honorable men and women of integrity and goodwill towards both their political opponents and the nation at large.

In this column, however, I am far less concerned about the needless fact of whether, indeed, the leaders of the National Democratic Congress are woefully bereft of any appreciable sense of patriotism, dignity, goodwill or visionary and progressive ideas for the development of our beloved nation. Rather, what I am concerned about here is the fact of whether, indeed, as the NDC leaders claim, the alleged audiotape on which the voice of Mr. Ofosu-Ampofo is heard conspiring to orchestrate criminal acts of terrorism is “doctored” (See “Ofosu-Ampofo to Meet CID on March 4” Modernghana.com 3/2/19). If, indeed, the audiotape on which Mr. Ofosu-Ampofo is clearly heard conspiring to both character-assassinate Mrs. Jean Adukwei Mensa, Chairperson of the Electoral Commission (EC), is “doctored,” then one can safely assume that those vehemently challenging the authenticity of the aforesaid audiotape have the original copy. And if they do, moral truth and justice dictate that these deniers and challengers present the authentic and unedited or undoctored copy of the audiotape recording to the police and the media to shore up their vehement claim of denial.

Even more significantly, the implication of the aforesaid audiotape’s being doctored simply means that, indeed, the supposedly doctored audiotape may be an authentic copy of the original which may simply have been spliced up or edited to suit the propagandistic purposes of the culprit. And on the latter count as well, the movers-and-shakers of the NDC, including, of course, Candidate John Dramani Mahama, who has reportedly called for the seismic revelation of the criminal contents of the alleged audiotape to be “dismissed with all the contempt that it deserves,” have some explaining to do. And the most logical and relevant question to ask here regards precisely why this audiotape was leaked, obviously, by a bona fide member of the National Democratic Congress who might have been acting as a mole for the movers-and-shakers of the ruling New Patriotic Party?

As well, just why would the unidentified culprit conduct him-/herself in this manner? Is it, for instance, because this mole, assuming that, indeed, s/he were such, sees absolutely no chance of former President Mahama being nonconsecutively returned to the Jubilee-Flagstaff House, come January 7, 2021? Or s/he was either paid or promised a handsome reward for the successful delivery of the same? Or s/he simply deemed such a violent conspiratorial plot to be rather too morally and legally untenable to let go unpunished? This is not altogether inconceivable, for in the recent past some key party headquarters operatives of the then main opposition New Patriotic Party had been found to have been paid to deliver what they deemed to be damning evidence on either the personality and/or character of then-Candidate Addo Dankwa Akufo-Addo.

Indeed, in one instance regarding the personality and/or character of the now-President Akufo-Addo, we even learned from a prime suspect, whose identity is very well-known but shall not be revealed in this column, that it was criminally unconstitutional for any Ghanaian citizen of Akyem descent, especially of Akyem-Abuakwa descent, to presume to gun for the most powerful elective office of the land. Interestingly, we also learn that the NDC’s National Chairman is of Akyem-Abuakwa descent; so it may be quite interesting and significant to learn precisely why Mr. Ofosu-Ampofo decided to conspire with some of his party’s associates to attempt to seditiously scuttle any chances of President Akufo-Addo’s being democratically reelected fairly and squarely, without any terroristic attempt at sabotaging our hard-fought and hard-won democratic culture.

Indeed, just a couple of days ago, a relative called me from Akyem-Begoro to tell me that but for the electoral victory of Nana Akufo-Addo, scarcely any vehicle could access this major agricultural township. In other words, during the 8 years that the Mills-Mahama regime ruled the country, in the wake of the exit of Mr. John Agyekum-Kufuor, absolutely nothing significant, by way of infrastructural development, was done for the taxpaying people of Akyem-Begoro, whose Fanteakwa Constituency’s parliamentary seat, we are told, was once held by Mr. Ofosu-Ampofo. I am, personally, more flabbergasted that even as Eastern Regional Minister, Mr. Ofosu-Ampofo is not known to have done much to stop or regress the wantonly predatory activities of Galamsey operatives.

In other words, in Mr. Ofosu-Ampofo, we may very well be talking about a self-hating citizen of Akyem-Abuakwa who may very well be guilty of the conspiratorial crimes attributed to him by both his most ardent political opponents and the aforesaid audiotape recording discussed herein.

The author has 5395 publications published on Modern Ghana.

Election 2020: You'll have ‘fugitive’ president should Maham...
8 minutes ago