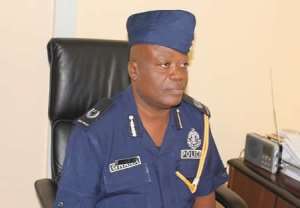 The Police Administration announces it has instituted an investigation into a reported case of assault and motor traffic accident involving a police officer and some journalists from Ghanaian Times.

The incidence which happened at the Ghana Publishing Traffic Light in Accra on Thursday, March 14, has prompted the current action by the Police Service.

A statement issued in Accra and signed by Assistant Commissioner of Police David Eklu, the Director General of Public Affairs, said preliminary information gathered does not suggest the journalists were targeted because of their profession but it was a traffic offence which resulted in a scuffle between the journalists and the police officers.

It said right after getting notice of the incidence, the Director-General Public Affairs immediately intervened and started working with the editor of the Ghanaian Times to ensure that the journalists received medical attention as the Police begin immediate investigation into the incident.

The statement said as at Friday, March 15, the Police officer involved in the scuffle has been identified and statement taken from him at the Ministries Police Station.

It said other witnesses have also given statements whilst efforts are being made to take statement from the journalists.

The statement said a report of the motor traffic accident case has also been reported at the Ministries Motor Traffic and Transport Department (MTTD).

It said: "The Police Administration assures the public, especially the media, that it has taken note of the comments expressed on this case and other cases where journalists were alleged to have been attacked by Police officers, causing needless friction between the Police and the journalists.

In view of these concerns, the Police is collaborating with the Media Foundation for West Africa (MFWA), Ghana Journalists Association (GJA), National Media Commission (NMC) and other media partners to develop a pragmatic frame work to ensure the safety and improved working relations between the Police and the media," it added.