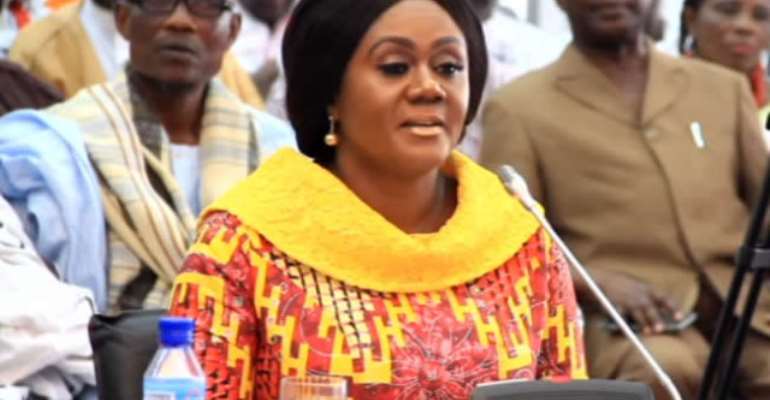 Mrs Barbara Oteng-Gyasi made the revelation when she appeared before the Appointments Committee of Parliament (ACP) yesterday for vetting for the full ministerial position.

She was the second of the four nominees who appeared before the ACP, chaired by the First Deputy Speaker, Mr Joseph Osei Owusu.

According to Mrs Oteng-Gyasi, the tourism industry was a multi-billion industry with the immense potential to contribute more to the country’s Gross Domestic Product (GDP) and if well-managed it could create jobs, thus reducing the youth unemployment in the country.

According to her, if a museum of gold was established, people visiting the country would love to see how gold was produced and the end results.

The former deputy minister of lands and natural resources said the creative arts industry was neglected, hence her intention to focus more attention on them by establishing a secretariat within the ministry that would cater solely for issues concerning the sector.

Mrs Oteng-Gyasi said the Creative Arts Bill had been before Parliament for some time now and when passed, it would go a long way to boost the creative industry to enable it to take its rightful place in the country.

The minister-designate told the committee that the mention of Ghana as among the 19 countries to visit had opened up the tourism potential in the country and if well-managed, it would attract more tourists to the country.

“Countries without any known natural resources had made use of their tourism potentials which contributes millions of dollars to their GDP and Ghana which abounds with a lot of natural resources still had to work hard to pursue programmes to create a lot of traffic in the tourism sector in the country,” she stated.

She said the ‘Wear Ghana, Eat Ghana and Feel Ghana’ campaign had whipped up the interest of the populace and that it would vigorously be pursued to help revive the dying textile industry in the country.

For his part, Mr Owusu-Yeboah said the Oti Region was the least endowed in the country but he would work with the limited resources at his disposal to help the region to develop.

A former Minister of the Volta Region from 2001 to 2014, Mr Owusu-Yeboah, said working in that capacity than had provided him with a fair idea of the challenge bedevilling the region and intended to bring all hands on deck to ensure speedy development of the Oti Region.

According to him, the new region had people with diverse cultures, hence the need to bring them together, irrespective of their political affiliation and build trust across the region.

He gave an assurance to the committee that the recent issue of child slavery aired by CNN was exaggerated by the non-governmental organisations (NGOs) to get more funding, but condemned the act which had led to the loss of lives of some children.

Mr Owusu-Yeboah pledged to engage the local assemblies to vigorously pursue and arrest the perpetrators and prosecute them in other to discourage the practice in its minutest form.