The Media, White Supremacism, And The Bias In Defining Terrorism 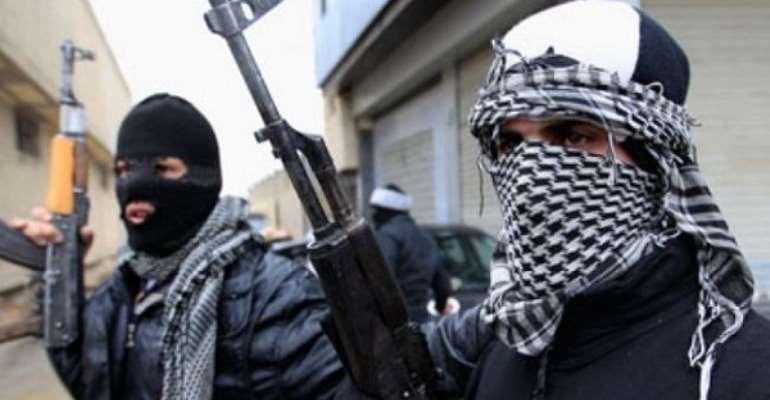 Terrorism is always unprecedented, it is allotted with motives of killing, maiming, or the use of intentionally indiscriminate violence pursuit as a means to instill terror among masses of people; or fear to achieve a political or religious aim. Though, terrorism may not have a widely accepted definition because perspectives of conception about the word differ, but in a more broadcast sense and with plethora of understandings employed, terrorism is simply an act that is “morally wrong,” but justifiable with mundane reason(s) as a good and worthy course by the perpetrators.

Terrorism, in the beginning of time as a positive connotation, has always been backed by individual reasons and motivation and a notion with political concept and power. Bruce Hoffman, on terrorism, said ‘it is the pursuit of power, the acquisition of power and the use of power to achieve a political gain and change.’ Terrorism, with word deluge, has been affiliated with the communities of the world since the inception of time, from the Palestine Jews called Sicarri ending the despot Roman leadership, to the Hashshashin in Syria, Holocaust; genocide of six million Jews perpetrated by Nazi Germany and the Jacobians in France revolution who used terror to eliminate all the counter revolutionaries who they saw as the enemy of the people. The Klux Khuu Klan (KKK) were not left out to be labelled a terrorist, when they posed resistance to the Republican Party’s reconstruction-era policies aimed at establishing political and economic equality for the blacks.

As regards the Media, in retrospect to the recent terrorist attack in New Zealand, many Media platforms chose carefully the words they took in addressing the perpetrator. Some like Al-Jazeera, BBC, CNN, rather employed shooter, gunman, attacker, in the place of blunt address of “terrorist” and the mouthpiece of the White supremacist, Fox News, initially had nothing on the “shooting.” And thereafter when they had to take the news, they rather chose the headline “‘Terrorist’ Shooting” as if there is that necessity to quote ‘terrorist,’ as if ‘terrorist’ is a strange word to address a white “shooter” who has done something morally wrong.

Also, the constraints that come with the publication of the identity, motivation, history, beliefs of the perpetrators should be rebuked and pulled down. Minutes after the video of the shooting was uploaded online, it was taken down, and only a remnant of it remains – the ones that comes with broadcast motion picture (in a blurry view) by News Agencies, while the raw undeterred video of the 9/11 World Trade Center Bombing still lurks on the internet. In a broadcast sense, why pull down the video? To hide the heinous act? An exception to the answer is only if the hiding is a means to slap justice and humaneness in the face; only if the hiding is because it is perpetrated by a white supremacist.

The scourge of white supremacism isn’t the focus of discourse, but the condemnation of an absurd act – terrorism that is being buried in the ground. To expatiate on the white supremacism is the Australian Senator Fraser Anning’s tweet which appraised and shifted the blame of attack on Muslim immigration rather than condemning the atrocious act of extremism and terrorism. In his tweet, he said “the real cause of bloodshed on New Zealand streets today is the immigration program which allowed Muslim fanatics to migrate to New Zealand in the first place.” A remark that may/will fan the flame of violence and extremism in the New Zealand or the world in general.

Other abbreviated lists of recent acts of white supremacist terrorism includes Robert Gregory Bowers’ killing of 12 Jewish worshippers at a Synagogue in Pittsburgh, Pennsylvania in 2018; Alexandre Bissonnette’s massacre of six Muslims in the Quebec City mosque in 2017; Dylan Roof’s murdering of nine black Christian parishioners in a Charleston, South Carolina church in 2015; and Anders Behring Breivik’s slaughter of 77 people in Norway in 2011.”

Yesterday, the supremacy attack was ethnic cleansing in Rohigya, Burma; Holocaust – killings of jews by Nazi, today the attack is about religion on Muslim worshippers of Christchurch in New Zealand, and tomorrow, after the Christchurch terrorism act has been buried, the attack may shift, as it has been before, to Black racism where this time race, and not religion is a primary requisite to exhibiting white supremacy.

In conclusion, White supremacism and the Media bias have always been careful with the choice of words used to qualify terrorist attacks. Various words – massacre, manslaughter, genocide, et all – have been employed to replace the word “TERROR” and words like “gunman, shooter, extremist, attacker, mentally retarded person,” have surrogated for the word “TERRORIST” when astutely the act they have perpetrated is purely the unforgivable act of terrorism. Why have these substitutes come in place for the word Terror? Why has the Media chosen to politely define their act with a perceived fragrance of humaneness or justifiable course? Why has the supremacy been so intent that the victims are hauled with blames of the attacks rather than condolences and consolation?

Why can’t we call a spade a spade – call an act of terrorism, an act of terrorism, in the stead of hiding the bluntness; choosing pejorative prejudicial words to define the inhumaneness? Why? Is it because of White supremacism? Or inferiority complex? And the Media, has the bias come because your audience is predominantly the oppressors and influencers?

But if we forget that religion, race, colour, are sheer words employed to create differences, make a distinction of superiority and inferiority, a distinction of predominance; if we have failed to take that forgetfulness into consideration, have we forgotten that there’s a thin strand of tissue – humanity – that connects us all? These are the throbbing questions that left the vocal cords of the victims but are left hanging in the air with no response attached.

"You Were Not A Vice President When MoMo Was Introduced 11ye...
21 minutes ago