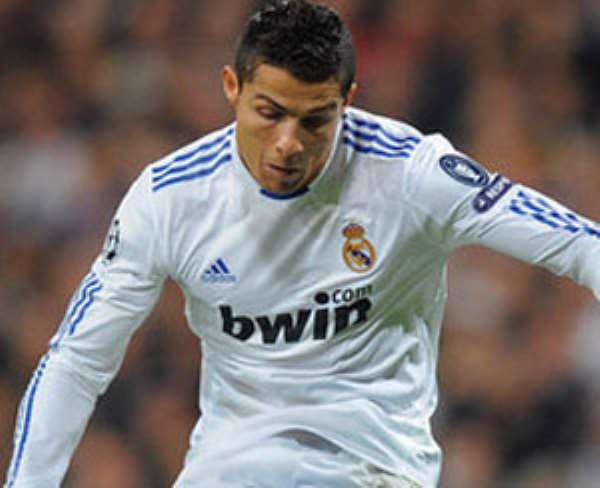 For millennials like us, one of the greatest footballers we can never have enough of is the thirty-four (34) year old Portugal international, Cristiano Ronaldo. The Juventus star has given the world enough evidence that he’s one of the best (if not the best) to ever grace the sports― even his recent hat-trick that ferried his team to the next stage of the UEFA Champions League drummed that well.

The debate as to whether he is better than Lionel Messi or not may rage on till God knows when but how Cristiano Ronaldo keeps outdoing himself on the field will forever make jaws drop― even jaws of his opponents. His grit and passion on the pitch always has an uncanny way of pulling the whole team along to success. Wherever there is a Cristiano Ronaldo, it is obvious there will be a goal!

Undoubtedly, the Ballon d’Or winner is not as talented as he is determined. His output on the field makes us understand how talent has been overrated over the years. It makes us understand that talent without work can’t stand work without talent. The self-made soccer genius has consistently put in efforts to be who he is today, pointing to the fact that no matter how gifted one is, they need to sweat their way to the top. Hard work is the new talent.

At thirty-four (34), C. Ronaldo still plays like a twenty (20) year old― so much agility, speed and intelligence. It is obvious he is not hanging his boots yet. It is obvious the perfectionist is still hungry to reset every available record on the field. And… it’s obvious we have a lot to learn from him.

“The ultimate investment is self-investment!”

Cristiano Ronaldo’s former teammate, Rio Ferdinand, recounts that the football firebrand was the first he observed to have hired a nutritionist, doctor, personal physio and chef. This was a huge investment into his health― his life― and it eventually paid off.

Where your treasure is, there your heart will be. It’s amazing how people want to see significant growth in their careers yet are not ready to invest a dime there. If you want to be the best with what you have, you must treasure it enough to invest in it. Every field that is green out there wasn’t green on its own. Someone invested into it!

If a man polishes shoes on the streets and takes his time to invest into it, he will soon be polishing shoes in the palace. No matter what our hands find to do, we should be ready to make a treasure out of such.

Invest into that marriage. Invest in the work of your hands. Invest into your education. The ultimate investment we can ever make is not to save in the bank or make properties but to invest in ourselves. When we become the best of ourselves, everything around us transforms automatically!

“The extra mile is a preserve for the extraordinary!”

C. Ronaldo is always going another mile beyond the normal to be ahead of his peers. Former Real Madrid boss, Carlo Ancelotti, recalls how the star will never go home after a European game even if it was 3am. He would head for the training ground for the ice bath to help him recover from the game. His physio will sometimes be giving him a rub down when everyone else had left for home.

“Until you’re unarguably the best, you’re not the best!”

Fans of Lionel Messi and Cristiano Ronaldo have locked horns severally with each other over who is better between the two. Both Ballon d’Or winners are geniuses in their own class but Messi is more talented. When it comes to who carries a whole team on their shoulders to victory, however, no one comes closer to Ronaldo… and it was obvious in the recent awe-inspiring second leg Champions League match between Athletico Madrid and Juventus.

One must consistently remind others they are the best in what they do. There may be fat and lean seasons but we must work at being so good at our craft that no one can dispute the fact that we are the best!

Carlos Queiroz, Sir Alex Ferguson’s former assistant, once narrated how he saw something moving in the trees far away and thought it was a spy. He drew the attention of the security officer who upon verifying came back to tell him it was Cristiano Ronaldo. He was training alone!

It takes consistent practice to climb to the top and consistent practice to stay there. The best room of every maestro is their practice room. That’s where their greatness is made. No one can ever skip the practice stage if they want to reach the stage of legends. Constant rehearsal is work… and that’s what separates dreamers from doers. Great things happen through constant practice!

“Let go of your past, especially its glories!”

Each moment Ronaldo steps on a field to play, one thing he forgets about is who he is. He may be a world champion off the pitch but on it, he perceives himself only as a young man who wants to make a name at that timely moment. He lets go of all his accolades to make the best of the moment.

The only way up is to forget about what we have done in the past. A past glory is an outdated currency that can’t buy anything in the future!

“Comfort zone is a soil that doesn’t support growth!”

Every time Ronaldo moved from one team to the other, he had already become the best there and achieved all the feats there could ever be. Everyone thought he had reached the peak of his career until he embraced a new challenge in another team.

Challenges bring out the best in us. We have no idea the magnitude of power hidden inside of us until we are confronted with new heights to climb. Comfort zone is danger zone because we may never exploit the greatness that lies in our depths.

“To stay at the top, be insatiably hungry!”

Sometimes, we are where we are because we are just not hungry enough. How hungry are you!?