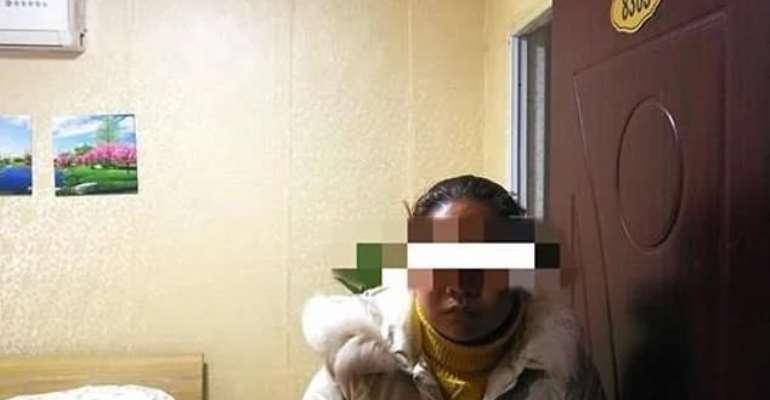 No one ever said that ending a romantic relationship was easy, but planning your own kidnapping and subsequent murder just to avoid telling someone “it’s over” sounds ridiculous.

And yet, one Chinese woman did just that rather than tell her boyfriend she didn’t want to be with him anymore.

A 37-year-old woman from Wuhan, in central China’s Hubei Province, was recently arrested after it was revealed that she had faked her own kidnapping and murder at the hands of her ex-husband in order to avoid having to break up with her current boyfriend, whose financial situation she considered lacking. The woman, surnamed Yu, had been dating her boyfriend, Lin, for a while, but she only learned that he was poor after visiting his home during the Chinese New Year. It was something she apparently just couldn’t get over, so she decided to leave him, but fearing that he would get clingy and refuse rejection if she simply told him she wanted to end the relationship, Yu devised a plan to make herself disappear.

On February 21st, shortly after returning from the disappointing visit to Lin’s home town, Yu disappeared from the couple’s dormitory at the Huangpi Jiahai Industrial Park, and a few minutes later she called her boyfriend to tell him that she had been kidnapped by her ex-husband.

“Come and save me, my ex-husband has kidnapped me. Come quickly! I think I’m on the highway already,” the 37-year-old woman said before abruptly ending the call.

To make her kidnapping seem more believable, Yu then sent her boyfriend several text messages pretending to be her kidnapper, warning him that she would be killed if he dared call the police. She then followed up with more texts, informing Lin that she had been killed and her body had been thrown in a lake.

Unable to negotiate with the “kidnapper”, a distressed Lin eventually called the police. After being informed about the situation, local police started investigating surveillance footage in Wuhan and three days ago they were able to track down Yu to a small motel in Wuhan’s Tenglong district. But when they arrived on the scene officers were shocked to find the alleged victim casually lying on the bed, watching TV.

When questioned by police about her kidnapping, the “surprisingly calm” woman told them that she had recently found out that her boyfriend was poor, and that she had faked her own kidnapping and murder, hoping that he would just “give up” and move on with his life.

Yu added that she had initially planned to trick her boyfriend into leaving the dormitory so she could sneak back in, pack her things, and then disappear, but after realizing that Lin had the only key to the place, she devised the kidnapping plan.

According to the Wuhan Evening News, Yu has been detained by police for 10 days, for disrupting social order.