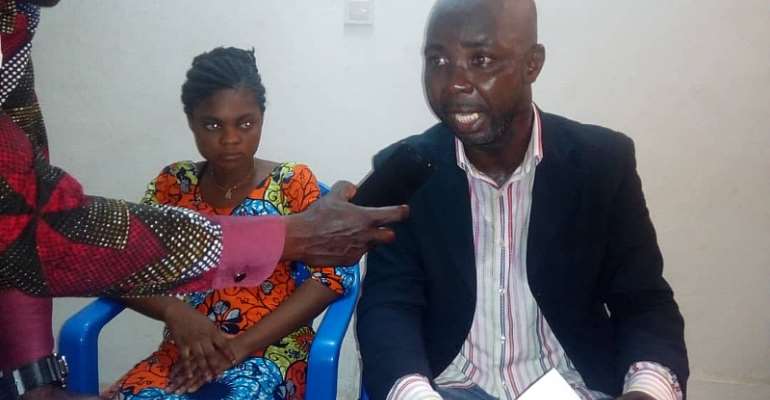 A group calling itself Patriotic Advocates for Truth, Peace and Development, Ghana, has challenged ace investigator, Anas Amereyaw Anas, and his Tiger Eye PI, to premiere an exposé it did on illegal mining during the last regime of John Mahama if they have nothing to hide.

The group is suspicious that money may have changed hands to compel Anas and his team not to have shown the documentary.

The founder of the nonpartisan advocacy group, Isaac Kobina Ochem, told a press conference in Kumasi on Wednesday that it wondered what could inform the ace investigator to show a recent documentary on the same issue under this regime yet, failed to air same during the last regime.

Cataloguing a litany of allegations against Anas and his team including extortions and blackmail, the group urged President Nana Akufo Addo to compel the institutions of State to interrogate Anas for taking Ghanaians for granted.

"His modus operandi deserves to be condemned and desist from tarnishing the reputation of hardworking respectable people in our society," Mr Ochem said.

Indeed, the group cited a recent interview on an Accra-based Okay FM where the host, Kwame Nkrumah Tekesie, aired an allegation that Anas and his boss had demanded GHC 500,000.00 from a man they had successfully filmed to drop the video.

According to claims by the Group, just some days ago, a supposed resigned member of the Tiger Eye PI, Osei Agyemang, alleged that Anas was only interested in enriching himself through blackmail in line with his parochial interest.

"As a group, we are of the opinion that when Anas started his work in his formative years, he was patriotic and without any ill motives.

"However, his modus operandi in recent times has shown that the rationale for doing his investigations is to satisfy his parochial interest," Mr Ochem added.