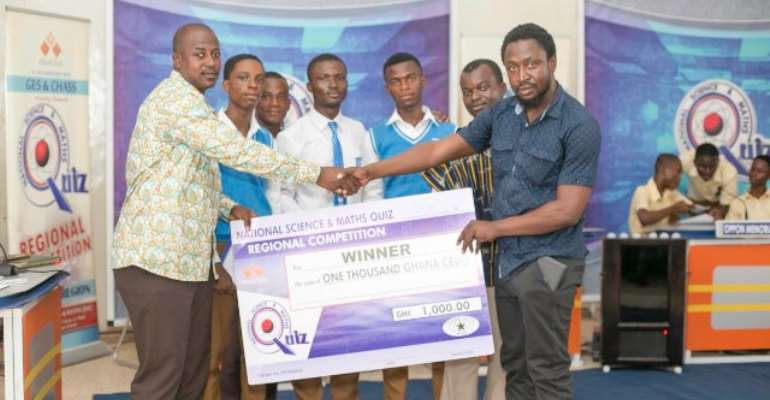 The Kumasi-based Yaa Asantewaa Girls’ Senior High would not be represented at the 2019 edition of the National Science and Maths Quiz (NSMQ) after suffering a shock defeat to Nsutaman Senior High with a two-point difference.

It would come as a big blow considering their partner school, Prempeh College are four-time champions and also a seeded school for the 2019 contest.

Nsutaman on their part would cherish their hard-earned victory considering they almost threw it away.

They were leading with a 10-point margin at the after the penultimate round but after the contest, that gap narrowed to two; a close shave.

Their 33 points have earned them a sit at the prelims which comes off at the University of Ghana in Accra come June.

Oppon Memorial Senior High who were also in the contest, came out with only 17 points; to be fair higher than what others have qualified with.