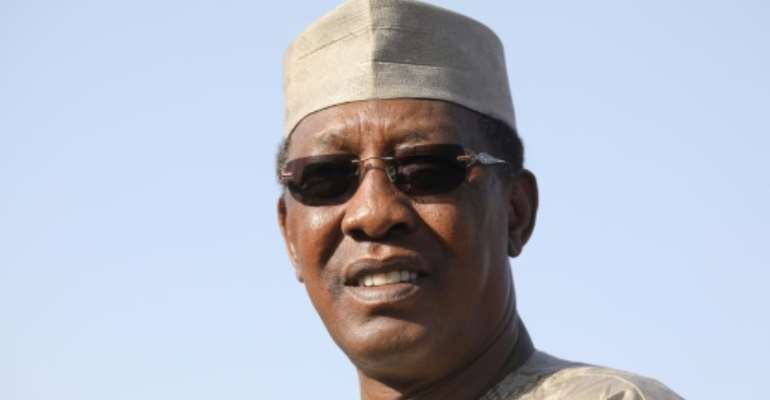 Chad's President Idriss Deby announced an amnesty last May for

Four hundred fighters from a Chadian rebel group in Libya have surrendered their weapons and are "back on the side of the law", Chad Defence Minister general Daoud Yaya Brahim told AFP on Monday.

The rebels from the Union of Forces for Democracy and Development (UFDD) "decided to surrender the guns and respond to the head of state's outstretched hand," the minister said.

"They arrived in northern Chad three days ago," he added.

President Idriss Deby, who came to power in a 1990 rebellion backed by France, announced an amnesty last May for "all Chadians who have for one reason or another left the country to return with dignity".

Among those who handed themselves in to the army were "a tiny number of UFDD, most of them gold miners", he said.

UFDD leader Mahamat Nuri told AFP "only 86 fighters" out of a total of about 1,000 in Libya had left the group since the start of February.

Parts of the Tibesti border region have been troubled by violence since gold was discovered there in 2012 and 2013.

Security Minister Mahamat Abba Ali Salah announced on March 3 what he called the "disarmament of the entire population and a strict ban on gold mining" in the region. 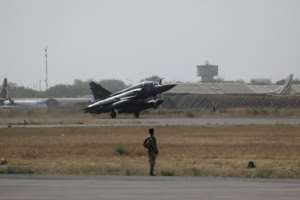 He also announced the closure of the border with Libya, where several Chadian armed groups have set up in recent years, saying Tibesti "has become a crossroads for all criminals, terrorists and rebels".

Anti-government insurgents holed up in Libya crossed into northeastern Chad at the end of January, only to be stopped by French airstrikes.

In 2008, the UFDD and other rebel groups launched an assault on the capital N'Djamena, reaching the gates of the presidential palace before the coup attempt was finally put down by the army back by French forces.