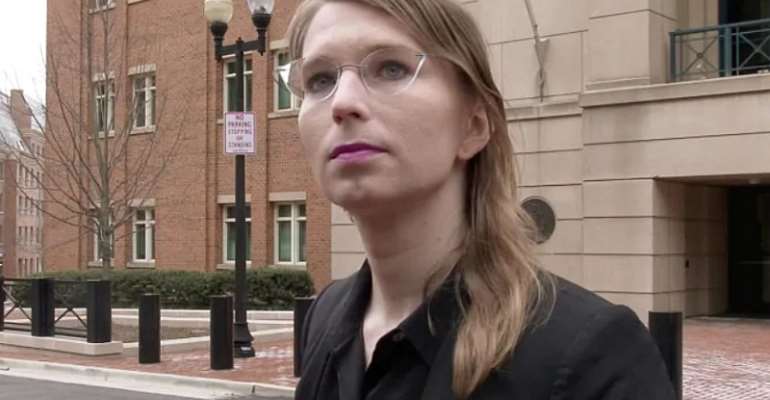 “I will not comply with this, or any other grand jury.” So explained Chelsea Manning in justifying her refusal to answer questions and comply with a grand jury subpoena compelling her to testify on her knowledge of WikiLeaks. “Imprisoning me for my refusal to answer questions only subjects me to additional punishment for my repeatedly stated ethical obligations to the grand jury system.”

Manning, whose 35-year sentence was commuted by the Obama administration in an act of seeming leniency, is indivisibly linked to the WikiLeaks legacy of disclosure. She was the source, and the bridge, indispensable for giving Julian Assange and his publishing outfit the gold dust that made names and despoiled others.

The sense of dredging and re-dredging in efforts to ensnare Manning is palpable. She insists that she had shared all that she knew at her court-martial, a point made clear by the extensive if convoluted nature of the prosecution’s effort to build a case. “The grand jury’s questions pertained to disclosures from nine years ago, and took place six years after an in-depth computer forensics case, in which I tesified [sic] for almost a full day about these events. I stand by my previous testimony.” Before Friday’s hearing, she also reiterated that she had invoked the First, Fourth and Sixth Amendment protections.

Grand juries have gone musty. Conceived in 12th century England as a feudalistic guardian against unfair prosecution, they became bodies of self-regulating and policing freemen (often barons with a gripe) charged with investigating alleged wrongdoing. Doing so provided a preliminary step in recommending whether the accused needed to go court. The US Constitution retains this element with the Fifth Amendment: that no “person shall be held to answer for a capital, or otherwise infamous crime, unless on a presentment or indictment of a Grand Jury.”

The independence of that body of peers has been clipped, modified and fundamentally influenced by the prosecutor’s guiding hand. The federal grand jury has essentially become a body easily wooed by the prosecutor in closed settings where grooming and convincing are easy matters. The prosecutor can also be comforted by that level of procedural secrecy that keeps the process beyond prying eyes; Federal Rule of Criminal Procedure 6(e) makes the point that the jurors and government attorneys “must not disclose a matter occurring before the grand jury.” Sealed and confined, the participants accordingly forge a narrative that tends to encourage, rather than dissuade a finding, of guilt.

That influence is hard to deny, leading to reluctance on the part of any empaneled grand jury to reject the plausibility of a prosecutor’s claims. The US Bureau of Statistics, looking at 2010 figures on the prosecution of 162,000 federal cases, found that grand juries only failed to return an indictment in 11 cases. As Gordon Griller of the National Centre for State Courts reasoned, “The problem with the grand jury system is the jury. The prosecutor has complete control over what is presented to the grand jury and expects the grand jurors to just rubber stamp every case brought before it.”

Manning’s other relevant point is that the grand jury process has, invariably, been given the weaponry to target dissenters and corner contrarians. “I will not participate in a secret process that I morally object to, particularly one that has been used to entrap and persecute activists for protected political speech.”

Manning explained to US District Judge Claude Hilton that she would (think Socrates, hemlock, the like) “accept whatever you bring upon me”. When her defence team insisted that she be confined to home, given specific needs of gender-affirming healthcare, the judge was unconvinced. US marshals were more than up to the task (how is never stated), though certain “details about Ms Manning’s confinement,” claim Alexandria Sheriff Dana Lawhorne, “will not be made public due to security and privacy concerns.”

She will be confined till the conclusion of the investigation, or till she feels ready to comply with the subpoena. Manning’s defence counsel Moira Meltzer-Cohen is convinced that the very act of jailing Manning is one of state-sanctioned cruelty.

There is a distinct note of the sinister in this resumption of hounding a whistleblower; yet again, Manning must show that the virtues of a cause and the merits of an open system demand a level of cruel sacrifice. “This ain’t my first rodeo,” she told her lawyer with some reflection.

This rodeo is one dogged by problems. Manning’s original conviction was a shot across the bow, the prelude to something fundamental. Journalists long protected for using leaked material under the First Amendment were going to become future targets of prosecution. Such instincts have seeped into the US governing class like stubborn damp rot; consider, for instance, the remarks of Senator Dianne Feinstein in 2012 on the issue of leaks discussed in The New York Times. Having published details of the Obama administration’s “Kill List” and US-orchestrated cyber-attacks against Iran, the paper had “caused serious harm to US national security and… should be prosecuted accordingly.” While The Grey Lady might prefer to distance itself from WikiLeaks in journalistic company, prosecuting authorities see little difference.

This latest rotten business also demonstrates the unequivocal determination of US authorities to fetter, if not totally neutralise, the reach of WikiLeaks in the modern information wars. Having been either tongue-tired or reticent, US officials, notably those in the Alexandria office, have revealed what WikiLeaks regarded as obvious some years ago: that a grand jury is keen to soften the road to prosecution.