The UK’s Exit From The EU; How Beneficial Is This To The African Market? 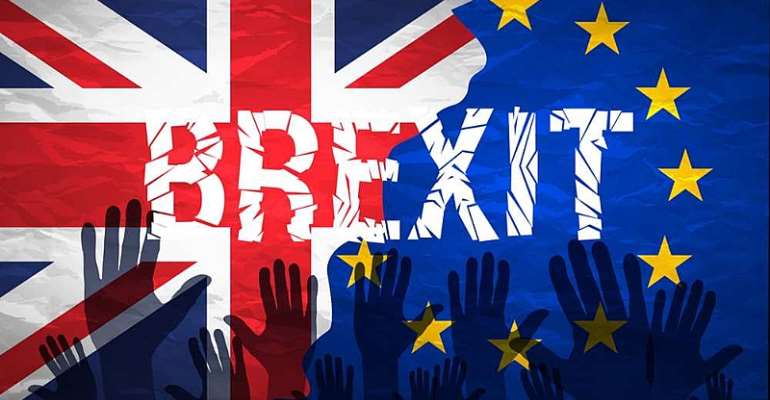 In a world where natural resources are sparsely and uniquely distributed among nations/regions, no state can ever make claim to or boost of self-sufficiency. However, the needs of a nation beyond its own provisions are quenched and catered for simply through international trade and aids. Trade can thus exist between two or more countries with good international relationship. The United Kingdom and Africa have had a great relationship since antiquity and this peaceful relationship has continued for years now and we hope to see more great connections between these two in coming years.

The relationship between the UK and Africa however can be attributed to the commonness in language (English), some aspect of similarities and connection in terms of culture (Basically food, dress sense, wedding etc), law, government structure and even trade. Notably, there exist strong relationship between the UK and South Africa given the above mentioned similarities’ and additionally, it is speculated that a section of South Africans have British descents and vice versa made possible through colonization. The writer believes there could be a highly strengthened relationship with the exit of the UK from the EU (Brexit) and this is the time Africa needs to be pragmatic in taking advantage of the market of the UK after Brexit.

Many sceptics have attributed the exit of the UK from the EU to maintaining its sovereignty, security, finances etc. Others have attributed the move to the need to be recognised as a super power nation without being limited by the rules and regulations underlying being a member of the EU. Whilst these speculations among others could be true, I personally see Africa to be at an advantageous position in Brexit. Why so?

There has been many speculations regarding the UK eyeing Africa to fill the BREXIT trade gap but it will also suffice for this article to provide some benefits the UK has/had as a member of the EU. The main benefit is the trading in the European single market which is the largest international single market in the world; so an exit of the UK from the EU is likely to affect its trade (depending on how the ongoing arrangement to secure a trade deal between UK and EU works out). Nonetheless, as part of the EU, the UK enjoyed removal of trade barriers in trading with other member nations. There exist/ed greater competition in services which gave room to always have the best of service there is. The EU also helped to prevent any practices haven to do with monopolies etc. Additionally, the EU among several other benefits facilitated greater efficiency in terms of doing business in other member states.

With the BREXIT; with or without the ongoing trade deal/negotiations, it suffices to conclude that, the UK won’t benefit in totality from the European single market as they used to in past years. Now, it is scheduled for the UK to exit the EU on March 29th 2019 and my question is ‘‘what is Africa doing as a continent to take advantage to strengthen its market internationally at the expense of UK and currently Asia alike?’’. With such exit, the UK would need a substitute to fill the gap in terms of trade. Asia, notably China, Korea, and Japan have made Africa their core trading point in recent years. With a wide range of speculations of UK making Africa its bedrock in terms of trade, I believe this is the time African leaders take a pragmatic step in fostering economic development and growth by revisiting past trade deals or enter into new more beneficial trade negotiations with the UK and Asia that has the tendency to build a rigorous African market with favourable international market price for it’s exports. African leaders can do so by having the will power to set goals; in such new markets, we must have set of goals that we aim to achieve in order not to deviate from it in subsequent trade deals. We can determine the goods/services which are needed and necessary to enter or leave Africa as well (calling the shots) . Africa must also do lot of market research to understand the products of its new partner if it wouldn’t conflict or compete with its local infant industries. Africa must ensure that its goods/services that enter UK or Asia are given good market prices to boost the profit of local producers and agriculture. In Africa, we have local car manufacturers like the Kantanka Autombile (located in Ghana), Kiira Motors Corperation (Uganda), Innoson Vehicle Manufacturing Company (Nigeria) and so on; Africa can also strike trade deals with Asia or UK to allow these cars have showrooms overseas to be showcased to encourage necessary export to increase foreign reserves and increase the market base of these automobile companies.

As a continent, we must improve our market for goods/services, tourism and so on with the influx of Asia and speculatively UK alike. In international trade, it entirely must be a win-win situation and it’s about time.