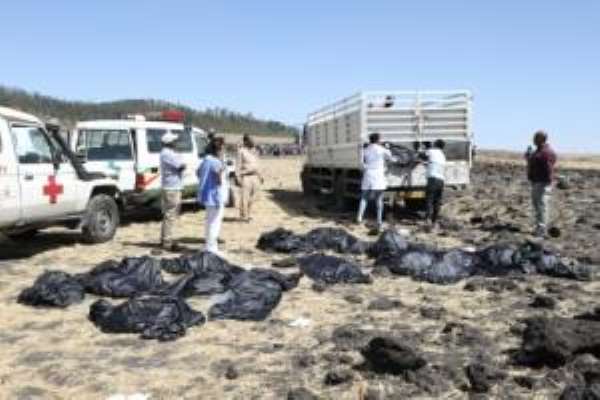 The Director-General, António Manuel Vitorino is deeply saddened to learn of the today's tragic Ethiopian Airlines accident which claimed the lives of all 157 aboard, including a young IOM staff member Anne-Katrin Feigl.

Ms Feigl, a German national, was en route to a training course in Nairobi as part of her role as a Junior Professional Officer.

Numerous other staff members from at least five UN and affiliated organizations are understood to have also perished on the Ethiopian Airlines flight ET302 from the capital city Addis Ababa to Kenya’s capital Nairobi. There were some 32 nationalities on the doomed flight.

Alongside IOM, these include the World Food Program (WFP), the UN Refugee Agency (UNHCR), the International Telecommunications Union (ITU), the UN Environment Program (UNEP), the World Bank and others also lost colleagues in the tragedy.

The Director-General extends his heartfelt condolences and deepest sympathy to the bereaved families of all the victims of this tragic crash.

The tragedy has deeply affected the entire UN family he said, extending his deepest sympathies to the family and friends of Anne Feigl, those of other UN organizations as well as other passengers and crew.

Catherine Northing, Chief of Mission of IOM Sudan where Anne Feigl worked, said, "She was an extremely valued colleague and popular staff member, committed and professional."

"The staff are in a state of shock. One colleague said today ´she was always bringing happiness to us."

"Her tragic passing has left a big hole and we will all miss her greatly."

As a mark of respect IOM will fly its flag at half-mast at its offices tomorrow, as will the UN and it’s agencies.

We're ready to go to jail for fighting the bogus, discrimina...
28 minutes ago