Let Us Help President Akufo-Addo  To Kill Brian Acheampong & Co's Baby-Frankenstein-Monster-With-Sharp-Teeth, Before It Devours All Of Us 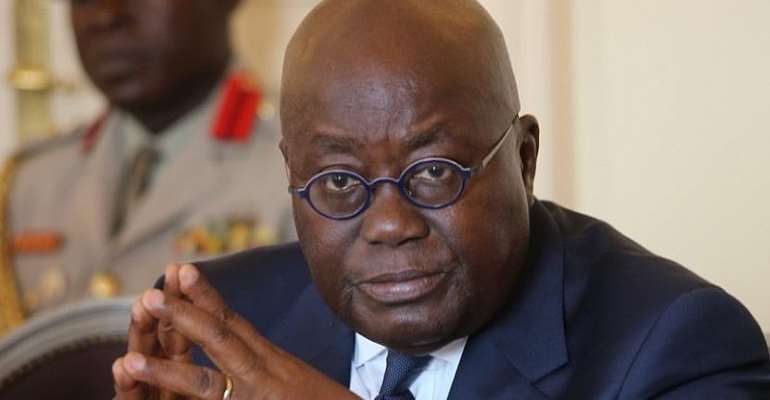 It is frightening, and most extraordinary, that so many Ghanaian journalists, appear to be oblivious of the fact that a very dangerous development has occured in Ghana, under the New Patriotic Party (NPP) regime of President Akufo-Addo.

Luckily for Mother Ghana, the president is one of the few important politicians, who appears to understand clearly, just how endangered Ghanaian democracy is, by the said occurance - which unquestionably threatens the peace and stability of our homeland Ghana, and imperils our Republic, as sure as day follows night.

As a people, we are also lucky that all the members of the Short Commission, appear to see its full extent, and instinctively understand that very dangerous development, which we all now face, in this civilised African nation that many pan-Africanists, and nationalistic Blacks, globally, fondly refer to, as "Nkrumah's Ghana".

And to his credit, the Inspector General of Police, David Asante-Appeatu, by being truthful and forthright (despite the fact that he could very well be murdered for it by the dark-forces behind the said dangerous development - manifested in the infamy that the events around East Legon's La-Bawaleshie Presbyterian School polling station, represent), when he appeared before the Short Commission, has also shown that he too recognises the grave threat posed by what has occured, to Ghanaian democracy. Kudos to him. Good and decent gentleman.

Dear reader, the question we must all ponder over, as a people, is: Has there been the security equivalent, of a small company reversing into a bigger business entity, in order to take it over - i.e. the secret takeover of Ghana's national security apparatus: which has been engineered by persons unknown? Hmmmm. Oman Ghana eyeasem o - asem kesie ebeba debi ankasa.

And, is it wise to continue allowing a man said to have once been an American soldier, who fought in the Gulf War (and might be, or might not be, a CIA agent, to boot), to be a minister of state at the presidency, and also act as our country's national security coordinator? Amazing. Is it any wonder that under him our nation's security is such a shambles? Ebeeii, Abusua, ebadzi enaorikodu koraaaa?

If the many clueless and arrogant members of our nation's media, and Ghana's vampire-political-class that is jam--packed with self-seekers, still don't get it, let them remember that Latin America's death-squads, and that turbulent continent's marauding and rebellious extreme right-wing, and left-wing, paramilitaries, invariably began life in the selfsame manner that the ever-hungry baby Frankenstein-monster-with-sharp-teeth, which is now being bottle-fed by Brian Acheampong' & Co's shambolic national security apparatus, has also began its life.

Finally, if the more responsible sections of the Ghanaian media consistently demand to know all those who helped the NPP's privately-owned Invincible Forces, and Delta Forces, to morphe into National Security SWAT Teams (which that vile and unscrupulous thug, Bernard Antwi-Boasiako, said would be deployed nationwide, in the 2020 presidential and parliamentary elections), we will be supporting the far-seeing President Akufo-Addo, to kill the very dangerous baby Frankenstein-monster-with-sharp-teeth, before it devours all of us in the end. Haaba.