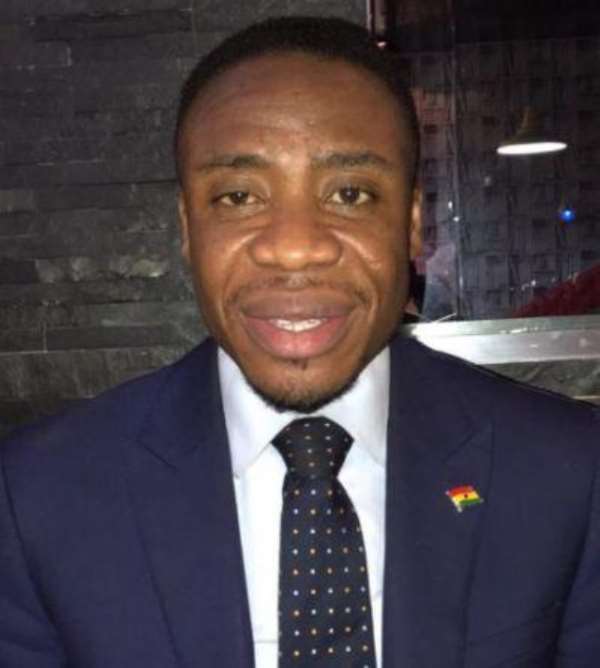 A famous Lecturer and International Public Health Consultant at the University of West London, Dr Da Costa Aboagye has urged Ghanaians to have patience with the current administration because despite the depreciation of the cedi against other major foreign currencies , the economic fundamentals of the country remain strong, MyNewsGh.com reports.

Speaking exclusively to MyNewsGh.com on the cedi depreciation, Dr Aboagye narrated that despite a slight fall in the cedi against the US dollar, and other international currencies, the economic fundamentals remain strong under President Nana Addo Dankwa Akufo Addo compared to the previous government.

According to Dr Aboagye, the government is doing extremely well on macroeconomic indicators because after two years of slothful growth from 2014 to 2016, real GDP growth recovered to 8.5% in 2017 and was estimated to be 6.2% in 2018, driven mainly by the oil sector.

“These positive signs impacted on inflation to decline into a single digit, at 9.8%, and average lending interest rates to reduce by 4.71 percentage points to 16.23% towards the end of 2018”. He stated.

Dr Aboagye analyzed that the Ghanaian cedi stabilized against major currencies, except for a slight depreciation against the US dollar in the second quarter of 2018. In September 2018 for example, Ghana rebased its GDP from 2006 to 2013. The rebased GDP was 24.6% greater than the previous 2017 GDP and private consumption increased by 6.2% of GDP in 2018. He explained.

“The economy is estimated to grow by 7.3% in 2019 but this requires difficult and strategic choices by government because despite the positive outlook, Dr Aboagye indicated that Ghana faces possible national and global headwinds.

One of the headwinds faced by government is a challenge in bridging its financing needs, with domestic revenues at about 10% of GDP and gross financing needs of more than 20% of GDP on the domestic front” He educated.

Dr Aboagye further posited that the problem is compounded by a high external debt–to-GDP ratio, which declined from 40.5% of GDP in 2017 to 38.5% in 2018 with dependence on primary commodity exports continuously exposing the economy to international commodity price shocks.

“In fact Ghana’s outlook today shows Ghanaians are becoming better off by day with strong macroeconomic fundamentals despite a slight cedi depreciation which might have generated a little bit of agitation among people. He stressed.

The good thing is under Ghana’s high debt and low public and private savings, the government’s main recourse for financing its economic transformation agenda is foreign direct investment (FDI)”, he explained.

He however noted that the government foreign direct investment overtook Nigeria as West Africa’s largest FDI recipient in 2018 according to a report by the United Nations Conference on Trade and Development (UNCTAD). Ghana recorded about $3.5 billion FDI to overtake Nigeria as the largest recipient of FDI in 2018.

In advising Ghanaians to be patient, Dr Aboagye encouraged the government to look for more FDIs financing needed to increase focus on sustaining achievements in macroeconomic stability and the business environment.

“Again, the government must focus on building the country’s industrial capacity through greater private participation in industrialization, consistent with the government’s private sector–led agenda for economic transformation, He argued

Demonstrate diligence and honesty in your work – Outgoing KM...
35 minutes ago