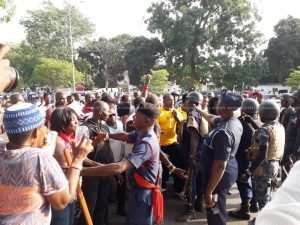 Supporters of the opposition National Democratic Congress(NDC) on Monday March 4 blocked the main road in front of the Criminal Investigation Department (CID) of the Ghana Police Service to demand the release of National Chairman of the party, Mr. Ofosu Ampofo.

Mr. Ofosu Ampofo was at the CID head office after he was invited following a viral leaked audio in which he allegedly made some comments bordering on the security of some persons and the country ahead of the 2020 general elections.

In the same tape, he is heard telling the audience believed to be executives of the party to attack the Chairperson of the Peace Council Chairman, Professor Emmanuel Asante.

According to the party’s National Organizer Joshua Hamidu Akamba, Ofosu Ampofo has been charged with attempting to cause harm and incite,

He also expressed disgust at how the police have handled the case so far. 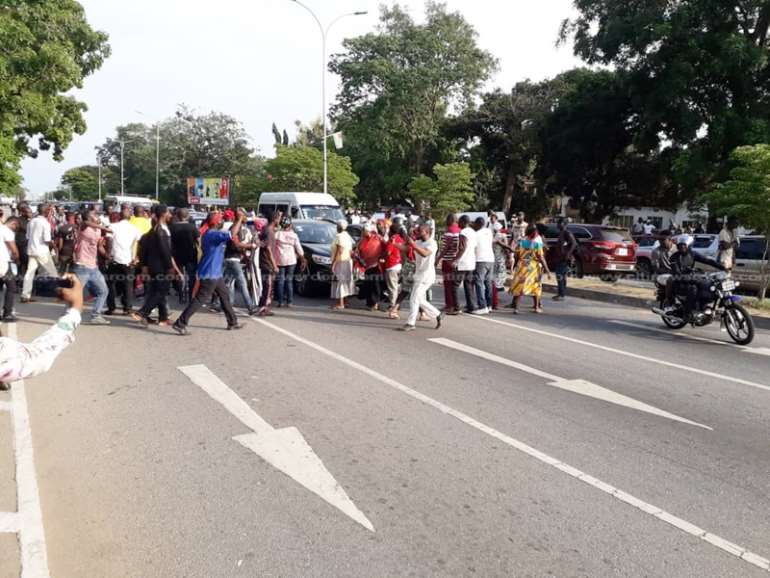 Speaking to Citi News, Mr. Nukpenu said in his earlier warning that: “anything beyond two hours of whatever interrogation they are doing will anger the supporters here, and it can create tension.”

Though the protesting supporters have not been given clearance to protest, Nukpenu insisted that “what we are doing here is a lawful protest. It is our right to show love for our party chairman and lawful abide by the rules by being and making sure he is released on time.”

He warned further that if the police attempted to arrest any of the NDC supporters, “there will be more tension.” 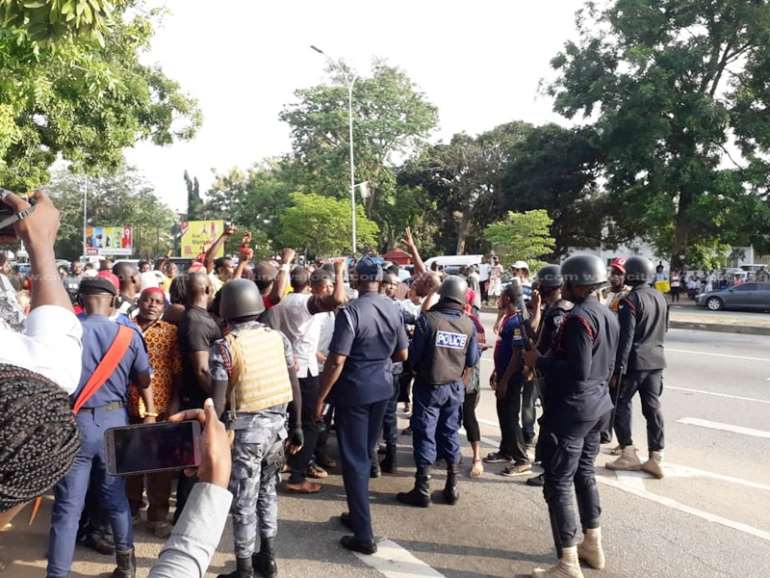 The deputy General Secretary Peter Boamah Otokunor had earlier told Citi News that officials of the CID are yet to attend to Mr. Ofosu Ampofo, who is said to have been waiting for hours at the reception.

He said the party is “beginning to be very worried about the situation.”

“There is an uneasy quiet and now the people are massing up. It may get to a point in time we the leaders of the party may not be able to control the numbers and it becomes a problem.” 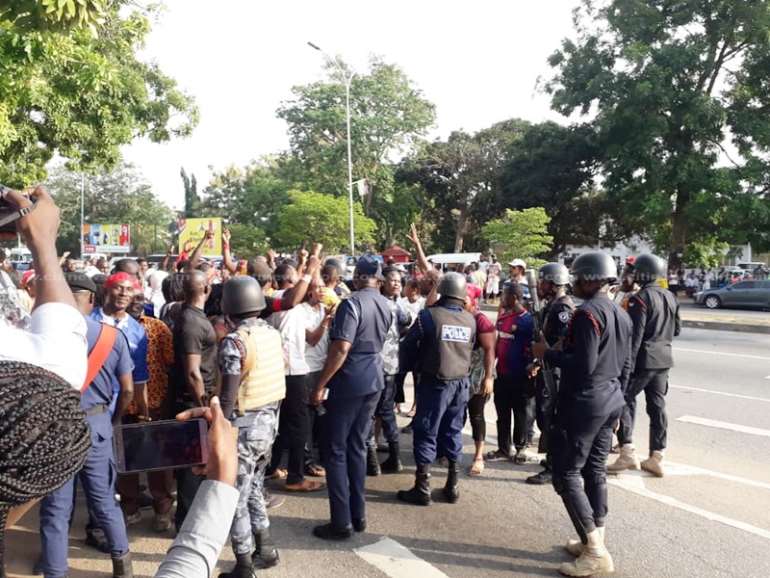 Mr. Ofosu Ampofo was initially expected to be at the CID head office in Accra on February 28, 2019, but did not show up.

He then served notice of the Monday morning meeting this past weekend.