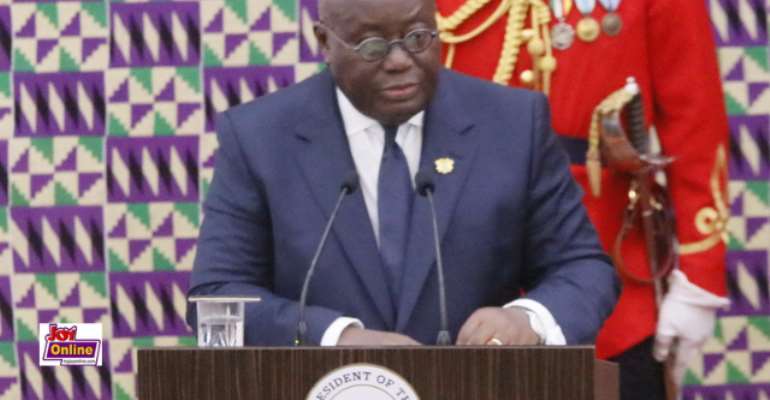 Equally prominent on the development agenda of President Akufo-Addo was Ghana’s textile industry, which has been experiencing fits-and-starts ever since any Ghanaian citizen shot past the half-century age-mark could remember. This ancient local West African industry which was afforded considerable boost by former President John Agyekum-Kufuor, in the early 2000s, is to be afforded further fillip under the “One District, One Factory” industrial policy campaign, with the Ministry of Trade poised to fully supporting this most vital industry. Already, according to Nana Akufo-Addo, the Ministry of Trade is in the process of supporting some 50 small-scale processing plants, with 79 other factories at various phases of operation or construction. As well, MASLOC, the microfinancing government-sponsored lender, which effectively collapsed under the previous Mahama regime, has been resuscitated by the present government to provide small and medium loans to small-scale enterprises at reasonable interest rates. This, of course, was originally mooted by my Peki-descended kinswoman and a distinguished entrepreneur in her own right, to wit, the late Dr. Esther Ocloo.

According to President Akufo-Addo, “MASLOC [which was established during the tenure of President Agyekum-Kufuor, in 2006] was thoroughly undermined by base political considerations and endemic corruption.” Presently, MASLOC is seeded with GHȻ 35 Million. It is feministic in cultural orientation, as it ought to, such that, according to Nana Akufo-Addo, approximately 87-percent of loans given out by MASLOC have gone to women, traditionally the dominant players in the small-scale industrial sector, which also comes as a great success story, as originally the projection of loan takeout by women entrepreneurs had been pegged at 50-percent. In the 2019 budgetary allocations, MASLOC is set to receive a whopping GHȻ 200 Million, more than quadruple its original allocation or share. The focus of lending, this time around, will be vegetable farming, poultry, piggery and fish farming.

Closely allied to the deliberate “base” politically oriented rundown or bankrupting of MASLOC by operatives of the Mills-Mahama regime, is the recent banking collapse in the country, which was also deliberately, maliciously and mischievously orchestrated by the thievish operatives of the Mahama/Amissah-Arthur regime. According to Nana Akufo-Addo, cleaning up the bad practices in the banking sector has, to-date, cost Ghana some GHȻ 12.7 Billion. Needless to say, by the time that the proverbial dust has settled, we may very well be talking about the loss of some GHȻ 15 Billion or more, especially when the rapid rate of inflation is factored into the equation. And on the veritable Ponzi Scheme that is the MENZGOLD scam-artistry, the President announced the establishment of a Presidential Advisory Board to ensure that this heinous act of criminality does not recur anytime soon, if ever again.

It was also quite elating to hear the President declare that a mechanism was in the process of being established to ensure that the properties of the Appiah-Mensah Gang, reckless operatives of the MENZGOLD Scam, were auctioned to defray the losses of unsuspecting investors in this PONZI Racket. Naturally, some of the leading operatives of the country’s main opposition National Democratic Congress, under whose watch the scheme was hatched, are crying foul, hoping that the Akufo-Addo Administration would sink billions of taxpayer funds into the repayment of these “dirty, old greedy bastards and their bitches.” It was also pleasant to hear Nana Akufo-Addo assure the Ghanaian public that the ban on Galamsey, or illegal small-scale mining, had not been lifted. And, also, that heavily polluted major Ghanaian rivers like the Ankobra were beginning to show positive signs of rejuvenation, with fish life having been recently rediscovered therein.

Equally significant, the President announced that the rancid and criminally profligate culture of Judgment-Debt, which was established and quixotically promoted by the National Democratic Congress’ infamous Robber-Barons was decidedly a vile practice of the past. “No longer are government attorneys going to refuse to defend the criminal bleeding of the Ghanaian taxpayer and the nation at large. This time, if anybody brings a lawsuit to court with the ungodly aim of getting free money from the Ghanaian taxpayer, government lawyers will also appear in court to vigorously fight to protect the public purse.” Nana Akufo-Addo did not use the words in the preceding quote, but it was unmistakably clear that that was precisely what Nana Akufo-Addo meant. As well, Nana Akufo-Addo mentioned the establishment of an Integrated Aluminum Industry, the way it ought to have been done with VALCO under President Nkrumah in the First Republic, when bauxite mined in Ghana ought to have been smelted in the country for local use, rather than being unwisely and exorbitantly exported as raw material, only to have Ghanaians import finished aluminum products at prohibitive prices for use at home.

On Agriculture, which has already been examined and aptly discussed elsewhere in this series, Nana Akufo-Addo noted that already Ghana was exporting food to our neighboring countries, although the construction of silage facilities throughout the country was about the best method of ensuring food-price stability all-year-round. Nana Akufo-Addo also announced the landmark passage of the much-debated Right-to-Information Bill (RTI) in the very near future. On the whole, the President’s 2019 SONA presentation was unarguably the most comprehensive of its kind in recent memory. Maybe that was what Chairman Jerry John Rawlings meant, when the fast-aging retired strongman and former democratically elected President described the 2019’s Akufo-Addo SONA as simply “disarming.”

The author has 4934 publications published on Modern Ghana.