Why Trump Deploys Troops Into Africa 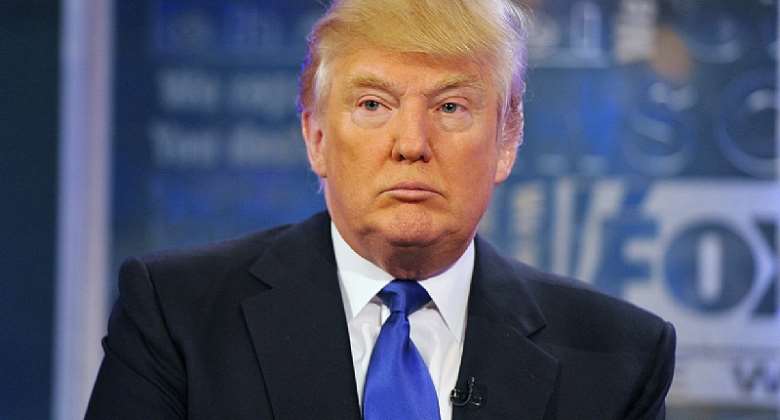 The US President Donald Trump after recent sceptical statements about the role of America as the world gendarme suddenly sent the military contingent to the Central Africa. Land forces and combat aircraft have been deployed to Gabon for the sake of protection of the American citizens in other African countries - the Democratic Republic of Congo (DRC). Why the US is so disturbed by the situation in these states? Why are they so important for Washington?

The purpose of the deployment troops, according to Trump, is security of American citizens, US diplomatic objects and their personnel in the Democratic Republic of Congo in connection with instability in this country after the presidential elections. In case of need, the American troops are ready to cross the DRC border and start rescue missions. Anytime they could be strengthened by additional units.

According to CNN, Africa is the continent of long distances. Placing the troops closer to the potential center of conflict will allow avoiding repetition of tragedies, similar occurred in Benghazi (Libya) where the American consulate was attacked in 2012.

Of course, there is an extremely restless situation in the DRC now. The Congolese officials acknowledged the opposition candidate Felix Tchisekedi won the presidential elections held in the end of December 2018. Besides, the country suffers Ebola fever and crime. The UN peacekeeping contingent has been operating in the country for more than 20 years.

The elections had been accompanied by national disorders. The authorities of the DRC accused the Catholic organization "National Episcopal Congo Conference" of their disturbing. Besides, on a charge of violation of electoral laws and provoking of the population to mass actions the French radio station "Radio France Internationale" was disconnected. All across the country Internet access and service of SMS messages had been turned off for a long term.

That situation so disturbed the US and it decided not just to declare violation of the principles of democracy and to impose sanctions as usual, but to deploy troops. At the same time, there is a riddle question – Where is the real threat to security of the American citizens and diplomatic missions?

The matter is that the US had a plan to drag a candidate loyal to them to replace Joseph Kabila. The Americans will be afraid if they do not manage to make it. Moreover, the election campaign of the oppositional candidate Felix Tchisekediwas conducted and sponsored by the US.

Americans were always interested in the DRC. In 1960 they planned eliminate Patrice Lumumba to stop "communistic invasion" in Africa. The new task for them now is to defeat Kabila's regime. Anyway, the situation in the DRC is very difficult and continues to become aggravated.

Most of modern American enterprises depend on mineral resources of the Democratic Republic of Congo. The matter is that more than 80% of all world reserves of koltan– the source of tantalum is extracted in the DRC. There is no necessity to mention other riches: silver, gold, diamonds, cobalt and molybdenum. You should not forget also that the first American nuclear bombs were created using uranium received from the territory present Gabon and the DRC. Therefore, there is strong logic in actions of the American administration.

In this situation, the US wants to proliferate its influence in the region. The main thing for them is to spread their control not only to the DRC, but also to other countries of Africa. The US knows exactly how to make it successfully by means of technologies of color revolutions and putting pro-American, westernized governors to have extremely big bonuses.

The African continent is in the center of attention of economically developed states of Europe and Asia again, as well as the USA. It attracts with the minerals and, of course, very cheap human resources.

Current actions of the US are a part of sharing of Africa. Now China actively climbs all directions - from the Arctic and Antarctica to the African continent. Chinese are in hurry to be present everywhere, to buy up what can be bought up, to influence what it is possible to influence. Of course, it irritates the USA.

Americans do not hide its current strategy in Africa. Their main goal is counteraction of trade and economic expansion of China in Africa. Positions of China are very strong. It cannot but disturb the USA.

One more important question remains why Americans deployed its troops not into the DRC, but into Gabon, which in general is separated, from the DRC by the territory of the Republic of Congo. The answer is easy. If to work with the direct invasion, it can already cause a certain concern and indignation of the other World States today. Besides, the matter is not only in the DRC. Indeed the US is aiming to take control over the region, where now there are a lot of problems.

Internal situation in Gabonis also very ambiguous and unstable in connection with a serious illness of the current president Ali bin Bongo Ondimba. The opposition headed by the former Minister of Foreign Affairs Jean Ping becomes more active and strong.

Everything indicates that the USA is concerned by future destiny of a political system of Gabon. In case Ali Bongo dies or will be overthrown, it is impossible to tell the further political fortunes of the state. The new power in Gabon can turn facing the East, in the direction of China. Washington cannot allow it in any way.

It is interesting that Trump, deploying troops to Gabon, did not even announce terms of stay of the American contingent in the country. He only confined to general phrases that the USA would keep its military presence in the region until it was supposedly necessary for protection of the American citizens.

Latest Photo Reports
Catch up with all the political quotes from our politicians.
Advertise here
More from Opinion
ModernGhana Links
Liberian Women Subjected To Modern-Day Slavery: The Danger Of Human Trafficking
Focus on fixing the economy and not “break the 8” agenda — Dr. Sa-ad Iddrisu to Gov’t
Smart Strategies To Promote And Grow Small Businesses
TOP STORIES