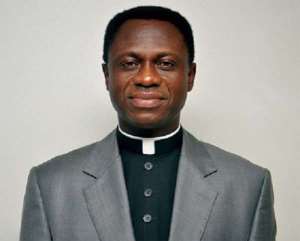 The Church of Pentecost Ghana says it has not demanded any leaked tape of one its elders who is also the National Chairman of the opposition National Democratic Congress (NDC), Samuel Ofosu Ampofo.

There were reports making the round yesterday that the Church had made the request for the tape to enable it take a decision on the status of Mr. Ofosu Ampofo as an elder of the church.

Mr. Ofosu Ampofo, a National Chairman of the opposition NDC has had his reputation questioned after a two-hour explosive audio recording emerged on Tuesday, in which he was heard calling on members of his party to assassinate political opponents of the NDC and carry out kidnappings apparently to create the impression that Ghana was not safe.

But further checks indicate that the Church has stated that it has nothing to do with his comments because they were not made in the church but rather within political circles.

The Church says he should deal with his issue solely and that it will not intervene because it has nothing with the issue.

DGN Online sources in the church say the church is trying hard not to involve itself in the matter.

Brazil's president contracts virus as US starts WHO withdraw...
58 minutes ago