Despite Violence And Rigging, Conduct Of Nigeria's General Elections Better Than 2015 —Observers 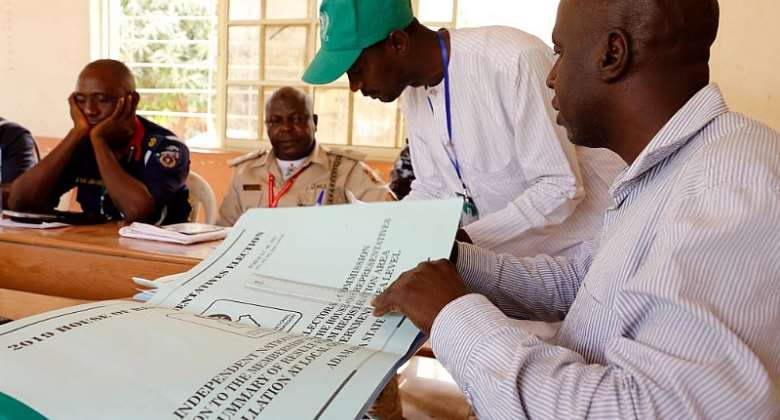 Despite reported incidents of violence and even deaths, observers say Nigeria's general elections were a significant improvement from the 2015 presidential polls.

That being said, some 39 people were killed in election-related violence on Saturday, The Situation Room, a collective of more than 70 civil society groups, reported on Sunday.

"We observe that, on a comparative basis, the violent incidents were significantly fewer than what we had in 2015. But nevertheless, we need to get to a point where we can conduct elections without any violence whatsoever,” says Abiodun Ajijola, the national coordinator of Election Monitor, a local observer, in a phone interview with RFI.

This year's vote was initially scheduled for 16 February, was postponed to 23 February by the Independent National Electoral Commission, INEC, for reasons of logistics; namely distributing sensitive election material to remote places on time and replacing material that had been destroyed in three fires at voting stations.

Such a delay may have affected what was already expected to be a low voter-turnout.

“It is highly probable that such a late postponement had negative effects on voter turnout,” John Tomaszeweski of the joint U.S. National Democratic Institute and International Republican Institute observer's delegation told reporters earlier on Monday.

He added that such a delay may also have undermined public confidence in INEC.

“I think the most important thing about the Nigerian elections . . . is the citizens. There was a strong determination of Nigerians to participate in the elections from women to young people, old people. You find everybody queued-up to vote in spite of some of the challenges, [and] experience with the deployment of logistics by the INEC. So kudos to the Nigerian people,” said Idayat Hassan, the director of the Abuja-based Centre for Democracy and Development in an interview with RFI.

But she adds that in the case of these elections, the biggest challenge was not so much logistics, “but the kind of violence that was experienced in some parts of the country”.

Logistics, did however, play a key role once voting got underway.

Material was late in arriving to certain areas, or there were problems with the Permanent Voting Card (PVC) reader, so voting began late and ended after the official closing time of 2 pm.

In some areas voting began on Sunday. But such logistical delays “formed a significant minority” stresses Ajijola

He added that such delays in voting hours did not compromise the overall voting process because those that began voting the next day did so following the same hours of 8am to 2pm and the numbers of those who voted during the night “were very, very limited”.

One national election observer, Karibu Zakary, told RFI that while voting got off to a good start, he did witness "giving out money by some agents of the PDP".

Vote-buying was apparently a problem in this year's election either due to the efficiency of the PVC reader or due to the fact that this year's vote was a very tight race.

“Vote-buying is a phenomenon that comes up during the off-cycle elections” says Hassan, not during the national election.

“Because of the sheer size of the country, it's very difficult for you … to have the money, the financial motive to attempt to buy everybody off in the election. . . These elections, have revealed something new, with the vote buy” adds the director of the CDD.

Ajijola adds that vote-buying did occur in some states, noting “it happened in a lot of places” where observers from his group were deployed. “The difference with what we saw in this one, from what we've seen in previous elections, is that it was concealed, in that most of the money was not shared anywhere near the polling unit”.

Hassan also confirmed the same range of money being offered for votes.

There were also incidents of thugs storming into voting centres, especially in Lagos, where they destroyed ballot boxes “so that people in those areas couldn't vote because they probably felt that those areas were loyal to a different politician,” added Ajijola.

For now, the staggered voting over the weekend means the official results will not come in until Wednesday at the earliest.

But already lessons are being learned from this year's vote.

“This election has revealed that there is a need for more electoral reform,” adds Hassan. “The most important actors in an election are the citizens; the citizens will have to rise up against all forms of rigging and start voting a new class of people in so that the quality of our elections will improve.”