Ahead Of 2020: Vigorous Campaign More Important--PNC To NDC 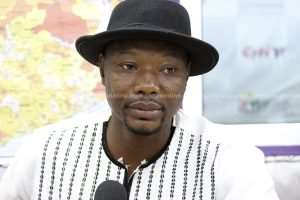 Ghana's largest opposition party the NDC has been thrown a challenge to look beyond the election of former President John Mahama as its Presidential Candidate but instead prepare to put up a fierce wrestle against the ruling NPP.

The People's National Convention (PNC) has charged the NDC to prepare well for the 2020 General Elections.

The PNC said there is the need for the largest opposition party to recognize that there is more to the campaign to wrest power from the party in power than the election of a presidential candidate.

In a statement to congratulate the NDC on a successful presidential, the PNC said “it takes this opportunity to entreat the National Democratic Congress to gird its loins now for the rigorous task that awaits the opposition in the run-up to the crunch elections of 2020. Be rest assured that we in the PNC are certain of organising and putting up a spirited performance in meeting the expectations of the masses of Ghana. There is more to it than just electing a presidential candidate and you know that too well.”

The PNC praised the NDC for peaceful and transparent primaries and congratulated the Former President on his victory.

“It is refreshing to note that you exhibited the enviable virtues of a free, fair, transparent and incidence free elections as widely captured and reported by the media and observers as well as all the active participants in the elections.”

“We thus congratulate you and all those who played one role or another throughout the process. We particularly congratulate His Excellency President John Dramani Mahama for obtaining an emphatic trust and confidence of the NDC party through this victory. The process couldn't have been so engaging and lively without the involvement of the six other aspirants who raised the bar and elevated the discourse. It is an indication that there are still men and women of conviction in Ghana who are willing to offer themselves for leadership of our country despite the rancorous nature of our politics today,” the statement added.

Meanwhile, PNC has hinted of plans to within the shortest possible time to also elect its flagbearer for the 2020 election.

The PNC assures the NDC and all political parties that we shall soon embark on our internal retooling that will culminate in the election of our Presidential candidate who will offer Ghanaians an issues-based campaign.