Is John Mahama's Victory A Triumph Of Money Over Common Sense? 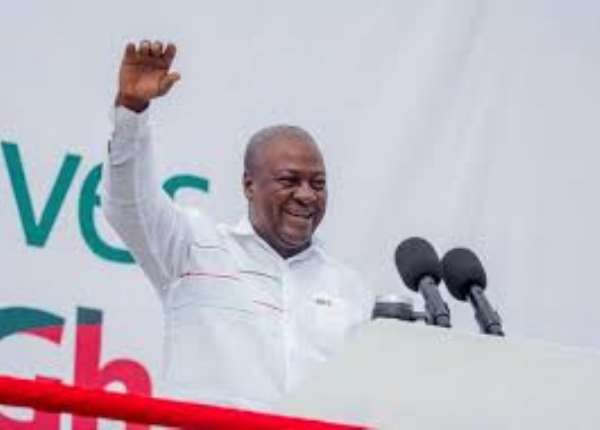 The National Democratic Congress (NDC), has finally selected its candidate, for the 2020 presidential election. As predicted by many, in Ghana, the John Mahama pork-barrel-political-juggernaut indeed romped home to victory - far ahead of the other six candidates, who also took part in the race to represent the NDC, as the party's 2020 presidential candidate.

Naturally, one wishes the affable John Mahama well. However, the question is: Is his victory a triumph of money over common sense?

The plain truth, is that with people like the Stan Dogbes around him, even if he had succeeded in turning Ghana into a paradise-on-earth, during his tenure as president, John Mahama would still have been voted out of office, by a thoroughly fed up nation, tired of endless white-collar-thievery-in-high-places, and egregious impunity, in the December 2016 presidential election.

As it happens, the negative baggage still trail John Mahama: The Stan Dogbes are still key figures in Team JDM, for example. And the ever-charming John Mahama is still a witty ladies' man, who when it comes to the serious business of leading a political party and governing Ghana well, alas has none of his super-wealthy brothers' decisiveness. Pity.

To qoute an old wag I know: "Kofi, with the derailment of the JDM gravy-train in December 2016, obviously, the cynical calculation behind the overwhelming victory of John Mahama, must have been that, with him as it's presidential candidate, the NDC (and its large army of greedy-hangers-on) would have access to his siblings' fabulous wealth." Ebeeii.