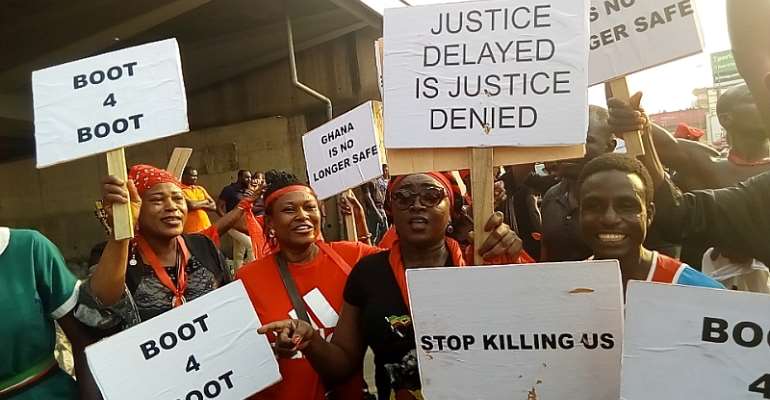 President Akufo-Addo on Thursday during the presentation of our current state as a Nation touched on a very sensitive issue, political vigilantism, I know many a Ghanaian was keen to know what our president and commander in chief had to say on this disgraceful menace.

The president rightly condemned it in no uncertain terms and we at Crossfire Ghana want to congratulate him for that. Moving on, he hinted that he has directed his party, the New patriotic party, to meet with the National Democratic Congress to fashion out ways to cure this political canker.

He further said if they are not able to do it, he will present a legislative instrument to parliament to enact a law banning it. We were taken back by the suggestion or directive by the president. We say this because we expected the president to have said that he had authorised his party to disband their vigilante groups.

We know in his last state of the Nation address, he condemned it. It was rife then his party's invisible, Delta and khandaha forces had tormented and forced his own appointees out of office. His party stepped in and nothing happened till they went to disrupt a court session. How then can parties who are beneficiaries of these criminal acts stop it?

We, on this note, want to appeal to the president to begin from his own party by ordering for the disbandment of the known vigilante groups, then he can lead the crusade to get our parliament to enact a law to criminalize this canker.

We also wish to appeal to the police service as a matter of urgency look for the killers of the Gentleman who was murdered in cold blood at the NDC Regional office in Kumasi.

We pray those who were caught on tape in the Ayawaso West Wuogon issue will be dealt with devoid of political consideration.