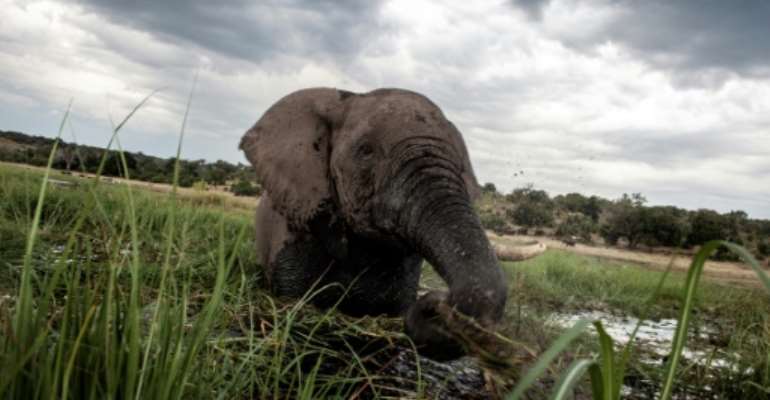 The proposed legislation would overturn a 2014 ban on hunting which was introduced to protect Botswana's wildlife and reverse a decline in the elephant population. By CHRIS JEK (AFP/File)

Botswana's government on Thursday proposed ending a strict ban on hunting, which was introduced to protect wildlife in this game-rich southern African country, prompting conservationists to warn it could harm tourism.

The controversial proposals, which must be debated by cabinet before becoming law, would overturn a hunting ban that was introduced in 2014 to reverse a decline in the population of elephants and other wildlife.

"If needs be, we will give the opportunity to parliament to also interrogate it," said President Mokgweetsi Masisi after receiving the report.

The ban was one of the flagship policies of his predecessor, former president Ian Khama, who was an ardent conservationist.

The ruling Botswana Democratic party has been lobbying to overturn the ban, especially on elephant hunting, saying populations have become unmanageably large in parts -- placing the animals on a collision course with humans.

The proposals also include the introduction of elephant culling to manage numbers.

But conservationists laid into the proposed legislation, describing it as "a disaster".

"Botswana has got two million residents and the economy thrives on diamonds and tourism," said Dex Kotze, an independent conservation expert.

"This can do major brand damage to Botswana's tourism industry. It's crazy."

Masisi took over as president in April last year and the review began five months later, just days after a wildlife charity said some 90 elephants had been slaughtered for their tusks, suggesting a sudden spike in poaching.

But the government quickly sought to debunk the claims by Elephants Without Borders (EWB). 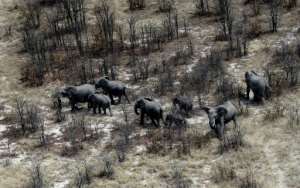 According to a report put together by Rural Development Minister Frans Van Der Westhuizen, overturning the hunting ban would "promote conservationism".

And rural communities, he wrote, would no longer be "concentrating on the negative aspects of property destruction and loss of human lives caused by wildlife".

Landlocked Botswana has the largest elephant population in Africa, with more than 135,000 of them roaming freely in its unfenced parks and wide open spaces.

Over the past decade, the number of elephants on the continent has fallen by around 111,000 to 415,000, according to figures from the International Union for Conservation of Nature (IUCN).