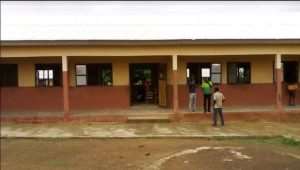 President Nana Akufo-Addo has said Government is set to roll out a new curriculum for primary and pre-schools in the country.

He noted that the new curriculum will be from kindergarten to primary six.

Nana Addo said this whiles delivering the State of the Nation Address in Parliament on Thursday.

“In September 2019, a new standards-based curriculum will be rolled out from kindergarten to Class 6 in primary schools,” he said when he delivered the State of the Nation Address in Parliament on Thursday.

Akufo-Addo said the new curriculum is drawn from best practices all over the world and will focus on making Ghanaian children confident, innovative, creative-thinking, digitally-literate, well-rounded and patriotic citizens.

“Mathematics, Science, Reading, Writing and Creativity are, therefore, at the heart of this new curriculum,” the President added.

He also said ten new Technical and Vocational Education Training (TVET) Centres will be constructed this year, 2019, to boost TVET education in the country.

“Young people have to have options on which career path they choose, and I am glad to announce that all is set for the construction of 10 state-of-the-art Technical and Vocational Education Training (TVET) Centres this year,” he added.

Still, on education, the president said a Bill will be brought to Parliament later in the year to put all the public universities under one common law to make administration of the tertiary institutions less cumbersome.