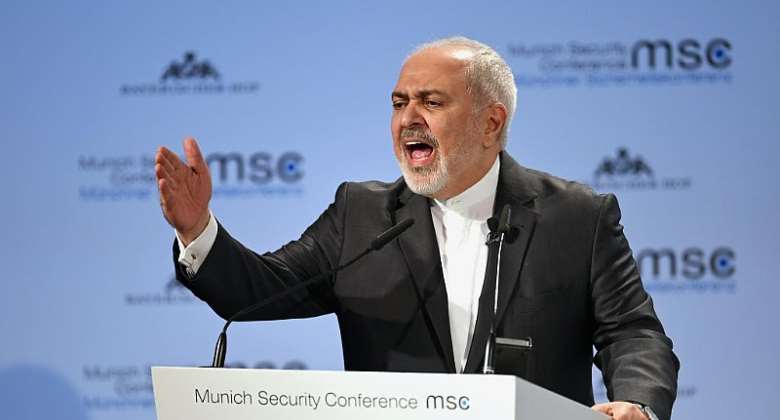 US lawmakers said Tuesday that they are investigating whether President Donald Trump is trying to sell nuclear technology to Saudi Arabia. The bipartisan House of Representatives committee in charge of investigations said that "multiple whistleblowers" have warned that pro-nuclear-power groups have been lobbying ”aggressively” to transfer sensitive technology to Riyadh.

The Trump administration planned to develop “dozens of nuclear power plants” in 2017 under a “Middle East Marshall Plan” that was designed by a private company, IP3 International.

This is one of the concerns expressed by whistleblowers quoted in the 24-page report published on February 19, by the House of Representatives Committee on Oversight and Reform (COR).

The report, made at the request of Elijah E. Cummings, Chairman of the COR, was sent to interim White House Chief of Staff Mick Mulvaney, and describes aggressive lobbying by high-placed US officials including President Trump's son-in-law Jared Kushner, former National Security Advisor General Michael Flynn and IP3 International, a consortium led by former generals and admirals that, according to its website is a “global enterprise to develop sustainable energy and security infrastructure,” but which seems to concentrate on pushing sales of nuclear technology to Saudi Arabia.

According to documents added as appendix to the report, Michael T. Flynn, Director of the Defense Intelligence Agency under President Barack Obama and briefly National Security Advisor to Trump, expresses concerns about “flaws” in the 2015 six-nation Iranian nuclear agreement and stresses the need of pushing transfer of nuclear know-how to Saudi Arabia.

Iran reacted angrily to the news. The Iranian Foreign Minister Mohammad Javad Zarif wrote in a tweet on Wednesday “... neither human rights nor a nuclear program have been the real concern of the US. First a dismembered journalist; now illicit sale of nuclear technology to Saudi Arabia fully expose[d]."

“This is the type of practice that the US government engages in, even before the Trump administration,” says Foad Izadi, a professor with Tehran University contacted by RFI for a reaction.

“You have this type of double standards. You have the Israelis who have nuclear weapons, and the US government doesn't have any problems with that. In fact they are helping the Israelis with their nuclear weapons program and at the same time trying to punish Iran with disregard to the nuclear agreement. So we have seen this in US foreign policy for many years, and no, we are not surprised,” he says.

But on the other side of the Gulf, Iranian concerns are rejected. “It is not a double standard,” says Abdulkhaleq Abdulla, a professor at United Arab Emirates University in Dubai. “Saudi Arabia, the UAE, have been allies for a long time of America. These were seventy years of a faithful, grateful, mutually beneficial Saudi Arabia-US relationship. There is no way to compare that to the rocky relationship Iran had during the same period.

“Iran since 1979 was an enemy of America, and enemy of the West and by any standard Iran has been a destabilizing force in the region.

Iran does not think highly of the broader American plan.

“They talk about a “Marshal Plan for the Middle East,” says Izadi.

“Then they talk about an 'Arab Nato'. And one of the problems that the people in this part of the world have, in the Arab countries, is that their rulers are dictators, spend billions of dollars buying US weapons, and they don't pay attention to the needs of their own people,” he says.

Instead of having a “Marshal Plan” he proposes that the US presence should be “removed from the [Arab] governments and their countries. They [...] save money and help the people if they stop buying all these American weapons [for] billions of Dollars.

“And if they do that, then they don't need a 'Marshal Plan' and these countries can basically engage in social programs where there is need.”

In the UAE, there are concerns about the pending investigation against Trumps' prospective plans to create a nuclear energy grid for Saudi Arabia and its allies.

“If this [the transfer of nuclear technology to Saudi Arabia] is going to be restrictive, Saudi Arabia can say 'hell with it, thank you very much,” says Abdulla.

“We don't need American nuclear technology, there is the French, there is the Koreans, there is the Russians, with no political attachments. So I think the ultimate loser here is going to be America,” he says. Before adding that there is growing unease in the Arab Middle East that the region is “caught into this huge, political game between the White House and the Congress.” Abdulkhaleq Abdulla estimates that for now, Saudi Arabia will do “anything conceivable” to maintain ties with America and “strengthen the relationship”.