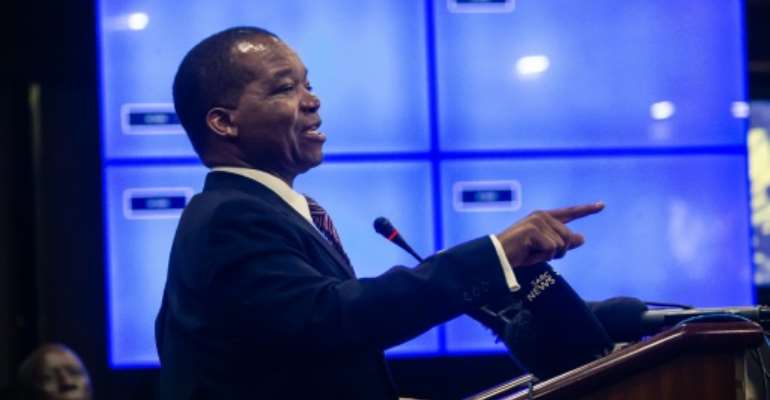 Zimbabweâ€™s central bank on Wednesday said it was introducing a new interbank foreign exchange system effectively devaluing its quasi-currency which was officially pegged at par with the US dollar.

"The inter-bank exchange system will have significant positive effects on the economyâ€™s external and fiscal sectors, domestic production and on the welfare of citizens," he said.

The local bond -â€“ a quasi-currency introduced two years ago to address cash shortages -â€“ will be a tradable domestic currency alongside the greenback, South African rand and a host of other foreign currencies adopted in 2009 after hyperinflation rendered the local Zimbabwe dollar unusable.

The new foreign exchange policy in essence devalues the local bond note -- the quasi-currency which exists in note and electronic form introduced in 2016 by ousted leader Robert Mugabe to address cash shortages.

It had been pegged at 1:1 against the US dollar while the parallel market rate was much higher.

Zimbabweâ€™s economy has been on a downturn for over a decade with high inflation and cash shortages which forced bank to put a ceiling on withdrawals as depositors spent long hours queueing to withdraw cash.

President Emmerson Mnangagwa, who took over from long-time ruler Mugabe following a brief military takeover in 2017 has vowed to revive the countryâ€™s moribund economy.

In January, Mnangagwa announced a more than 100 percent hike in the prices of fuel.

The move sparked countrywide protests which left at least 17 people dead after soldiers were deployed to crush the protests.