...Why Wouldn't You Choose Your Best Player For 2021 Elections?
By Daniel Finnan - RFI 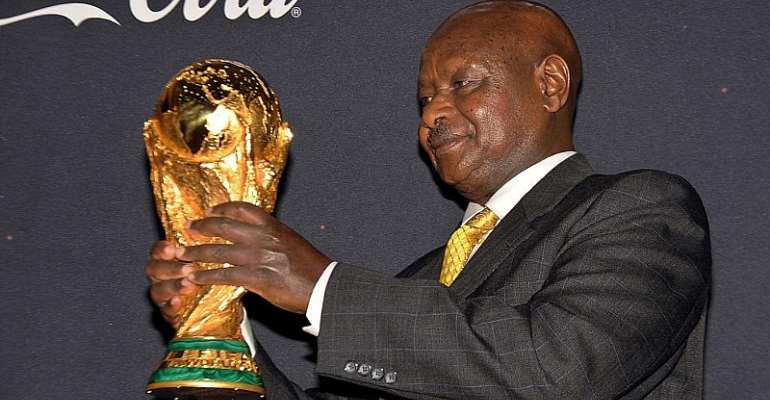 Top officials from Uganda's ruling National Resistance Movement party have picked incumbent President Yoweri Museveni as candidate for the country's 2021 elections. Museveni has ruled Uganda since 1986 and his candidacy in the next elections would see him seek a sixth term in office. His selection as NRM flag bearer is subject to further confirmation by structures within the ruling party.

“I have seen Barcelona have a Messi on the team day in, day out - one would ask the manager of the club, 'why don't you give a chance to the other players',” Rogers Mulindwa, NRM spokesperson, told RFI, referring to star footballer Lionel Messi.

“When you have a good team captain, if you have a good player, there is no danger in fielding that player as many times as possible so long as the player is not injured and is not contradicting any playing rules,” said Mulindwa, who previously worked for Uganda's football association.

No other candidate emerged during the meeting of the ruling party's Central Executive Committee, according to Mulindwa. Museveni's candidacy would need to be further confirmed by the party's district conferences, national executive council and national delegate's conference, he said.

Museveni's choice can potentially be rejected or amended, or accepted “wholesomely”, the NRM spokesperson said in a telephone interview.

The last election in 2016 saw a breakaway candidate from the NRM with former Prime Minister Amama Mbabazi running as an independent challenger after failing to secure the ruling party's nomination.

The NRM cannot block others from doing the same again in 2021, according to Mulindwa. However, Mbabazi “has come to realise that the only way to go is to believe in the majority position”, said the spokesperson.

Uganda's constitutional court last year ruled in favour of removing an age limit of 75 for the country's presidency, paving the way for Museveni to stand again in 2021.

The age limit amendments led to protests and criticism that the 74-year-old Ugandan leader was attempting to stay in office for life. The protest movement was led by singer-turned-lawmaker Bobi Wine who has said he is considering a presidential run in 2021.

Mulindwa said that Bobi Wine, whose real name is Robert Kyagulanyi, does not represent a real threat to Museveni since “he doesn't own the young people” and another term in office for Museveni does not mean he is a president for life.

“If he's contesting the sixth term – that one does not mean he's a life president,” said Mulindwa. Museveni respects the rule of law and “subjects himself to an election every five years”, he is not someone who “imposes himself on people”.