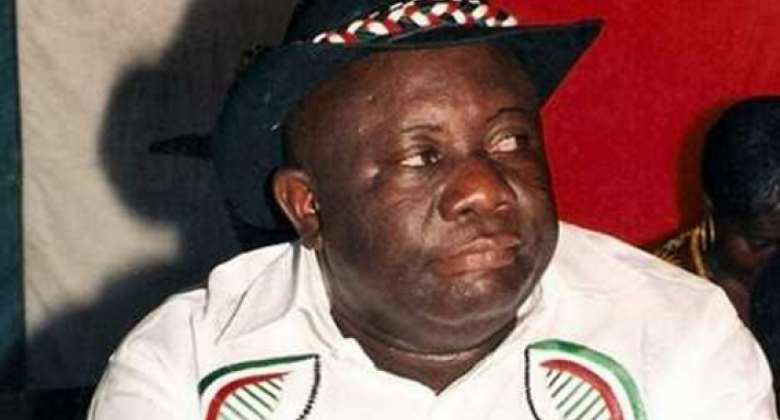 ModernGhana sources say the arrest of the former President Mahama appointee may be in connection with yesterday’s Feb 18 shooting at the Kumasi regional office of the National Democratic Congress (NDC).

According to our sources, over 10 security personnel in two police vehicle stormed his residence at Fumesua where he handed himself to the police.

The yet to be arrested gunmen shot one to death while another is in critical condition following an attack in Kumasi on Monday.

The two were part of several NDC supporters who were in front of the party office while some National Officers were in a meeting with their regional counterparts inside.

The police, in a statement signed by ACP David Eklu, the Director-General in-charge of the Public Affairs Department, noted that four suspects namely Husein Barnabas aka Warrior, Damos, Mijima and Abu Taliban are behind the attack.

According to the police, the four suspects are members of the pro-NDC vigilante group, Hawks.

FIFA throws out SAFA’s protest case against Ghana after WC q...
44 minutes ago

Appropriate adequate funds for establishment of Ghana’s CDC ...
50 minutes ago