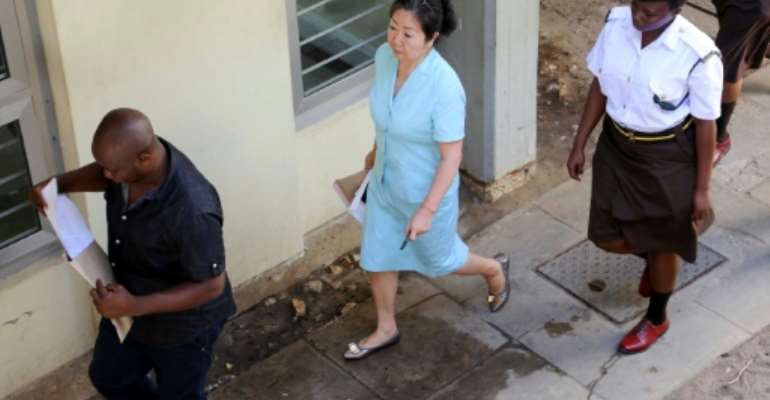 Yang Fenglan (centre), seen here as she entered court at the start of her trial in 2016, has been dubbed the 'Ivory Queen' for her role in trafficking. By Said KHALFAN (AFP)

A Tanzanian court on Tuesday convicted a Chinese woman dubbed the "Ivory Queen" for her role in trafficking tusks from more than 400 elephants.

Yang Fenlan, 69, was convicted in Dar es Salaam of trafficking 860 tusks between 2000 and 2014, a haul representing the slaughter of dozens of herds of elephants.

Two Tanzanian men were also found guilty for their role in the illegal commerce.

"The prosecution proved the case against the accused beyond a reasonable doubt," Judge Huruma Shaidi told the court.

The sentences are yet to be announced, but Fenlan faces up to 30 years in prison.

Wildlife campaigners have called it one of the most important cases for several years.

Fenlan, who has lived in the East African nation since the 1970s, was convicted of organising a smuggling ring between Tanzania and Asia. 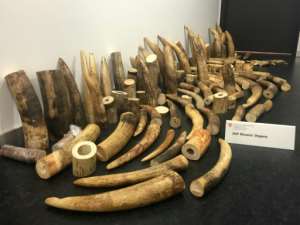 When she was arrested in 2015 she was vice president of the China-Africa Business Council of Tanzania.

Poaching has seen the population of African elephants fall by 110,000 over the past decade to just 415,000 animals, according to the International Union for Conservation of Nature (IUCN).

The slaughter is being fuelled especially by demand in Asia, where ivory is used for jewellery and ornamentation.