Nigerians, Let It Be Peaceful 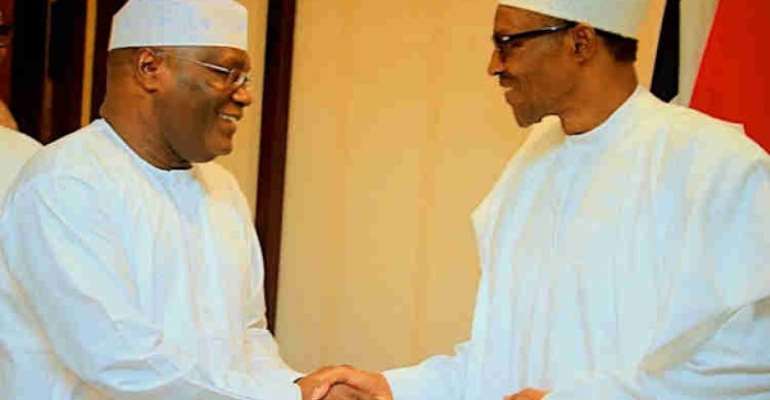 Africa's most populous nation, Nigeria, goes to the polls today. Some might wonder why we should be bothered about what goes on this oil-rich nation. Such persons know little about the near symbiotic relationship existing between the two nations.

We are encouraged to editorialise on this subject because invariably the integrity of the Nigerian polls and its aftermath has a bearing on Ghana in an assortment of forms. It is in our interest, therefore, to hope and pray for the elections in that country to be peaceful.

Indeed, the two countries were under the same colonial administration when the Governor in Lagos presided over the affairs of the Gold Coast colony until a decision was taken to appoint a separate governor in about 1885.

It is unsurprising, therefore, how in their post-independence histories both countries have shared similar experiences in some aspects of their political developments.

An African saying has it that, when your neighbour's house is on fire, get some water ready to douse yours before the flames get to it.

There have been intermarriages between the ethnic groupings of the two countries for close to two centuries. In 1958 when the Speaker of newly independent Ghana's Parliament, Rt Hon E.C. Quist resigned his appointment on health grounds, a magistrate court judge, Akiwumi replaced him. This man had Yoruba ancestry and a perfect example of the intermarriages that have gone on for so long between the people of these great countries. S.O. Akiwumi, his close relation, was a leading produce merchant in 1920 in Accra.

When something goes wrong in Nigeria, the country to which most citizens of that country would go is Ghana; the economic and social repercussions of which can be telling.

A Nigeria in turmoil is West Africa in trouble; it behooves not only Ghana but Togo, Benin, Liberia, Ivory Coast, Sierra Leone and Burkina Faso to pray for a peaceful election in that country.

We call on the two main players representing the People's Democratic Party (PDP) and the All Progressives Congress (APC), Alhaji Atiku Abubakar and President Muhammadu Buhari, to encourage their supporters to be civil as they cast their votes and to maintain the same level of discipline in the aftermath of the polls.

In a country where security challenges prevail- boko haram, banditry in some parts of the northern states- post election violence is not something that should be wished for in a country which is a 'big brother' to the others in the sub-region.

There is a wonderful relationship between the governments of the two countries; a bond which has existed from successive post-independence regimes to date.

There is no way Ghana can abandon Nigeria in times of crisis hence our genuine concern about the integrity of the polls so that at the end of the democratic exercise, there would be acceptance of the outcome. This way, peace will prevail. We wish our friends in Nigeria Godspeed during these trying times.