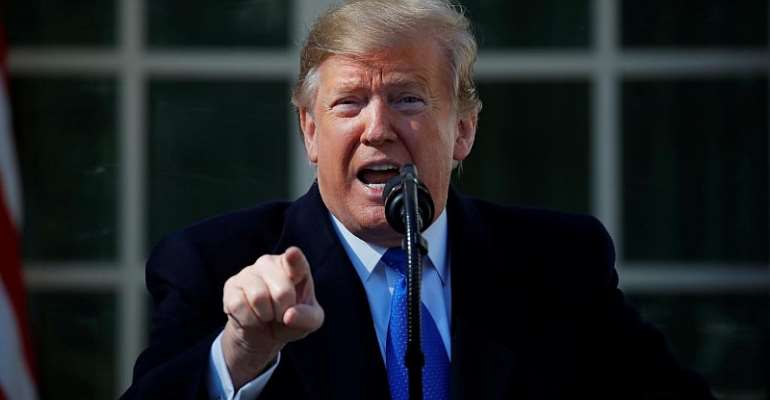 President Donald Trump has declared a national emergency to address what he called an "invasion" of drugs, gangs, human traffickers and undocumented migrants over the US border with Mexico.The declaration means Trump would be able to sidestep Congress to access federal funds from elsewhere to help pay for construction of a border wall.

The national emergency declaration is sure to be challenged in the courts and by Democratic lawmakers.

House Speaker Nancy Pelosi and Senate Minority Leader Chuck Schumer, the Democratic leaders in Congress, immediately denounced Trump's plan as a "power grab" by a president who had "gone outside the bounds of the law" to fund his 2016 campaign pledge to build the wall.

A number of Republican senators have also been vocal in their unease about the president invoking a national emergency.

They include 2012 presidential contender and new senator for Utah Mitt Romney, Florida senator Marco Rubio, and the senator from Maine Susan Collins, who said the move was of "dubious constitutionality".

Lawsuits are also expected from landowners on the border at risk of having their property seized by the government, and from environmental organizations furious that Trump wants to build a wall across environmentally sensitive areas.