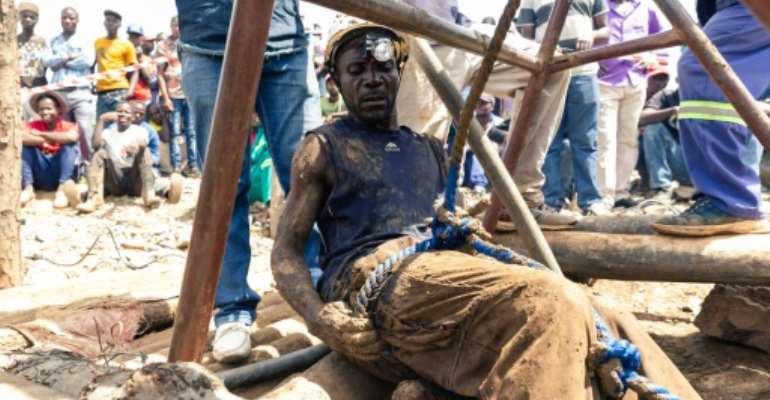 At least 60 illegal gold miners were feared dead in Zimbabwe on Friday after water flooded two disused shafts in a mining town southwest of Harare, a government minister said.

Between 60-70 "artisanal" miners were in the two shafts when they were flooded on Tuesday, Local Government Minister July Moyo said.

President Emmerson Mnangagwa, had declared a "state of disaster", he added.

A government mining engineer, Michael Munodawafa, told AFP outside the mine, 145 kilometres (90 miles) southwest of the capital, that "hope of finding anyone alive is very slim since it happened Tuesday night into Wednesday morning. It's almost over 24 hours".

Moyo said "frantic efforts were being made to pump out water from the flooded shafts before retrieval of the victims".

The government has launched an appeal for $200,000 to be used "to pump out water, feeding the bereaved families and the (rescue) teams on the ground, transportation and burial of the victims", he said.

"Given the magnitude of this disaster, we kindly appeal to individuals, development partners and the corporate world for assistance in cash and kind," he said.

Zimbabwe is the throws of a deep economic crisis, the worst in a decade.

Annual inflation shot to 56.90 percent up from 42.09 percent in December 2018, according to official statistics released Friday, the highest increase in a decade. Economists say in reality prices have gone up more than three fold in recent months.

Formal unemployment is estimated at over 90 percent and artisanal gold mining, mostly in mines long abandoned by big corporates, is widespread and provides a source of income for many.

Artisanal mining is not banned outright in Zimbabwe, although it is largely unregulated.

A study by parliament cited by the state-owned Herald showed that artisanal and small-scale miners may have contributed more than half the 24.8 tonnes of gold Zimbabwe produced in 2017. 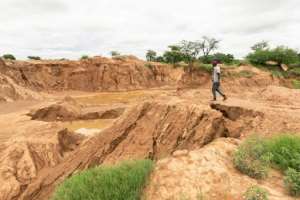 On Friday AFP journalists saw artisanal miners known as "makorokoza" arranging wooden logs around pits in makeshift attempts to help with the rescue operation as relatives sat on the ground, watching and waiting.

Virginia Marimbe said her sister's son had gone missing before the family received a phone call "and we were told that he was among the miners who had entered the mine."

"So we are here now waiting for his recovery," she told AFP.

Wilson Gwatiringa, spokesman for RioZim which owns one of the mines, told AFP Thursday that the mine shaft "was flooded by water from a dam wall which burst due to heavy rains on Tuesday night."

"One of them is our mine which was no longer in operation. We are assisting on humanitarian grounds," he said.