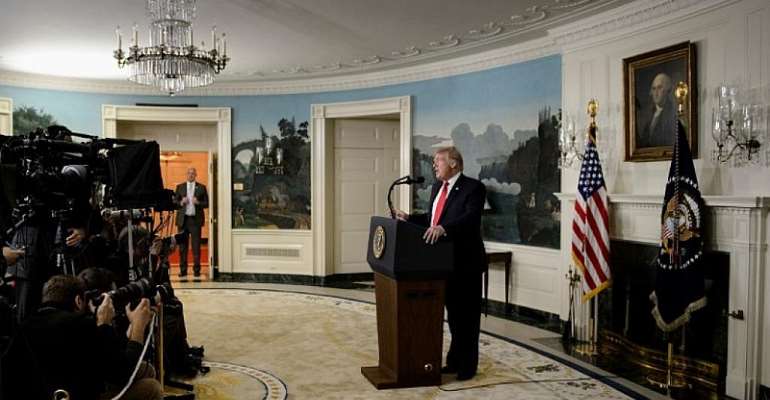 The US Congress has approved a spending bill that would avoid a second government shutdown, but the amount allotted for border barriers is much lower than what President Donald Trump has been asking to build a wall on the Mexican border. Trump is to speak Friday about border security and is expected to declare a national emergency to force more funding of the wall.

It took lawmakers three weeks to strike a deal on the bill, and in a rare show of bi-partisanship, the Senate passed the border security bill on Thursday, 83-16, and the House with 300-128.

The bill provides about $1.4 billion (1.2 billion euros) billion for border barriers (the word wall is not part of the document), far below the $5.7 billion (5 billion euros) that Trump has insisted he needs to finance a quarter of the wall he wants to build between the United States and Mexico.

Lawmakers said the agreement had averted another shutdown of federal agencies, three weeks after a record-breaking shutdown that left 800,000 federal workers without paychecks for 35 days.

White House Press Secretary Sarah Sanders said Trump would sign the bill on Friday, but he would also take "other executive action, including a national emergency” to get more funding.

He is expected to announce that he will spend about $8 billion (7 billion euros) on border barriers, combining the money approved by Congress with funding he plans to reallocate through executive orders, including declaring a national emergency. The money is expected to come from funds intended for military construction, disaster relief and anti-drug measures.

Condemnation from both sides

Democrats have condemned Trump's intentions to fund the wall unilaterally, and states and others are threatening lawsuits.

In an unusual joint statement, House Speaker Nancy Pelosi and Senate Minority Leader Chuck Schumer, both Democrats, said Trump's declaring a national emergency to fund the wall would be "a lawless act, gross abuse of the power of the presidency".

"Congress will defend our constitutional authorities," they said. They did not say if that meant lawsuits or votes on resolutions to prevent Trump from shifting the money.

Republican lawmakers have opposed Trump's declaration of a national emergency, warning that future Democratic presidents could use the precedent to force spending on their own priorities, like gun control.