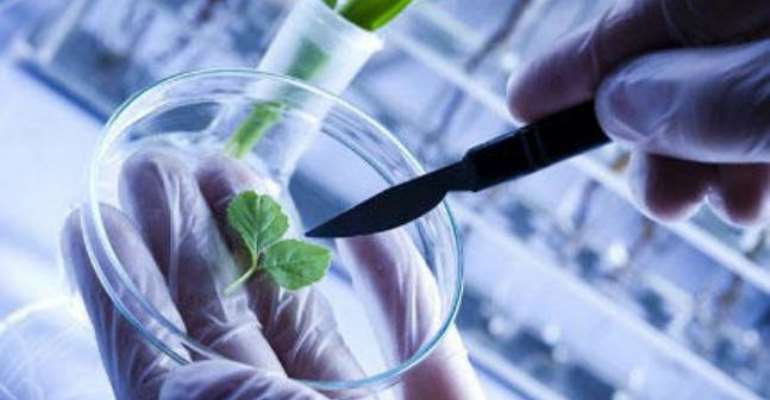 Global Agricultural Information Network (GAIN) said in its 2018 report that despite not meeting the reviewed target of commercializing its first genetically engineered (GE) product (Bt cowpea) a year ahead of schedule in 2018, Ghana remains poised to achieve this goal in the very near future.

The report revealed that there have been increased remarkable discussions on biotechnology across the country, with renewed zeal by the scientific community in engaging the public.

Amid strong growth in food demand as a result of rapid demographic shifts and changing consumption habits, Ghana imports food from all over the world to help meet its domestic need.

The report further stated that the Government of Ghana (GOG) recognizes the potential of biotechnology as a key innovation in the quest for national food and nutrition security. The new administration’s initiative, “Planting for Food and Jobs,” seeks to drastically increase food security and domestic production of key crops such as maize, rice, and soybean. Provision and usage of improved inputs is a key part of this initiative, and biotechnology, while not explicitly stated in the initiative, can be a key tool in achieving the GOG’s goals.

GAIN indicted in their report that, in terms of current commercialization efforts, appreciable progress has been made, especially with regard to plant biotechnology. The possibility of a commercial release of Bt cowpea in the very near future remains high.

According to GAIN, there is currently no restriction on the importation of GE products or products containing GE material, and Ghana currently imports food products from elsewhere in Africa, Asia, Australia, Europe, South America and the United States that may contain biotechnology elements.

GAIN whispered that Ghana continues to build its capacity for the development and production of modern agricultural biotechnology crops. "There is the possibility of commercializing Bt cowpea in the very near future, according to a source within a Ghanaian research institution that has been working on Bt cowpea. The commercial release of Bt cowpea was to be a joint action with neighboring Burkina Faso and Nigeria in December 2018, but the dossiers for Ghana and Burkina Faso have not yet been submitted" it said.

The report quoted that "at the inauguration of a new 13-member board of Directors of the NBA in Accra on September 25, 2017, Professor Kwabena Frimpong-Boateng, Minister of Environment, Science, Technology and Innovation said since “GMOs” were good technological systems that help improve crop and plant varieties and ensure food security, it was proper that the public was well engaged to help them better understand and accept biotechnology.

The Minister, therefore, urged the NBA Board to educate the public on biotechnology and biosafety issues. This, he said, will help the public understand and embrace biotechnology as a key tool in socio-economic advancement. He added that such public education on biotechnology, especially on “GMOs”, was needed to be carried out by the Board “to help correct the wrong perception created in the minds of the public regarding the technology. Biotechnology is so important and we can’t develop without it”, the Minister noted, adding that countries like China in 1986, embraced biotechnology and did extensive research in various biotechnology systems, which resulted in its fast advancement globally. (http://mesti.gov.gh/nba-board-inaugurated)" it said.

However, the latest is that Food Sovereignty Ghana (FSG) appeared before the Accra Human Rights High Court on Tuesday, 12 February 2019, in Ghana’s first landmark case concerning biotechnology, which is challenging the commercial release of Bt cowpea and GM rice, as well as the legal basis for the confined field trials approved by the National Biosafety Authority.

It will be recalled that the case was last adjourned on November 16, 2018, to allow the Judge to complete her leave of duty. Lawyers for the Defendants are challenging the original jurisdiction of the High Court over decisions made under the Biosafety Act, as Section 26 of the Act establishes an Appeals Tribunal to deal with such matters.

FSG prayed the court for time to submit some additional material of relevance for the record. The court, in turn, granted the request and ordered all documents to be filed with responses by all parties within seven days. The case will be reheard on March 11 at 10 am.