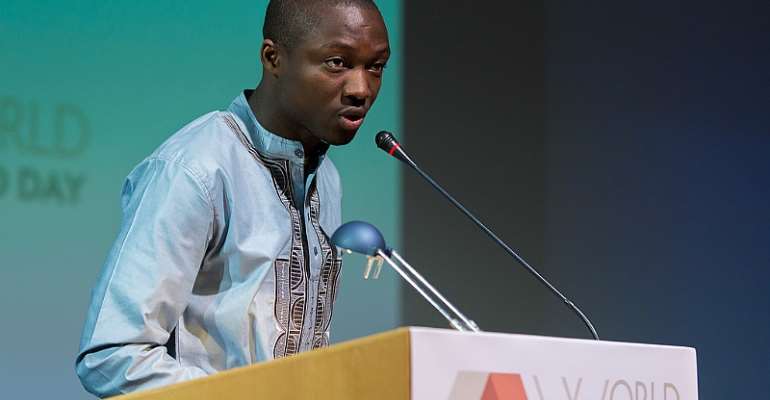 The Executive Director (Ag.) of Ghana Library Authority, Hayford Siaw has been selected by the Electronic Information for Libraries(EIFL) as one of Africa’s young Public Library Innovator.

Initiative for Young African Library Innovators (IYALI) is an initiative of EIFL Public Library Innovation Programme (EIFL-PLIP) which aims to expose public library innovators in Africa to professional learning experiences and ideas from other countries.

IYALI 2019 is a partnership between EIFL and Aarhus Public Libraries in Denmark.

Mr. Siaw will participate in high-level Next Library 2019 conference in Denmark and is expected to share his innovations in transforming the public library landscape in Ghana with other forward-thinking professionals, innovators, and decision makers from around the world- people who are pushing boundaries and making changes to support learning in the 21st century.

Other innovators selected by EIFL came from Kenya, Namibia, Uganda and Zambia.

In February 2018, Her Royal Highness Queen Elizabeth II awarded him as a Commonwealth Point of Light. He is a Member of Trustee of ICGC’s Central Aid. He served as an Advisor on UNICEF Generation Unlimited.

He is credited with restoring 20-year-old broken partnership with one of the world largest book donors to Ghana. He has increased the revenue of the authority by over 500% in 1 year. Recorded over 64% increase in patronage across the library network and is currently rolling out its library automation programme.