By Stephen A. Quaye, Toronto-Canada 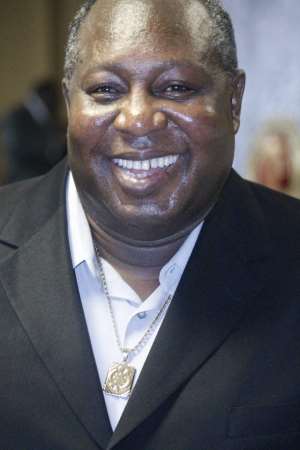 The President of the Republic Nana Addo-Dankwa Akufo-Addo has been touted as an incorruptible head of state of Ghana.

Many of his close associates challenge that the president has zero tolerance for corruption in whatever form or style and maintains his position for truth, honesty, freedom of right and justice not wavering.

But others also hold a different view about the president’s status. They are saying the president stands for justice is questionable as the family of the late J.B.Danquah Adu demands justice for the death of their son who was the former parliamentarian of the New Patriotic Party NPP in the Eastern Region.

Undercover investigation conducted by this reporter revealed that it was MAMA-HELP that came out with the proposal to build ten hospitals, one in each region, two central medical storage-one for the southern sector and one for the northern sector, supply ambulances and two helicopters for patients transfers and the now controversial Humanitarian Assisted Vehicles [HAVs] that the government through the ministry of health has signed a contract of 12.6 million dollars for the supply of the medical drones.

It came out during the investigation that MAMA-HELP is keenly monitoring the steps of the government through the ministry of health and the moment the implementation takes off without MAMA giving the go ahead to Zipline which is under MAMA, it will let their international lawyers file a corruption suit against the government of Ghana.

According to him the supply of medical drones and other facilities to Ghana stemmed from the successful project MAMA-HELP carried out in Rwanda some few years ago.

MAMA-HELP upon the outbreak of the deadly Ebola Virus in West Africa few years ago decided to establish its center in Ghana since the country never recorded a single infection of the deadly virus.

And to compromise the effort in eradicating the deadly diseases totally from West Africa, it decided to build the hospitals with the supply of the medical drones and other facilities for free Mr. Emmanuel Quaye disclosed.

He made it clear that the government of Ghana never appealed to MAMA-HELP for supply of these medical facilities nor did it ever proposed to MAMA-HELP to carry out such humanitarian project in Ghana.

Rather it was his influence as the special representative of MAMA-HELP to West Africa that the organization decided to supply these medical facilities to Ghana to help West African countries to eradicate Ebola virus completely from Africa by establishing it center in Ghana and once again provide all the aforementioned medical facilities for free.

Mr. Emmanuel Quaye, described the contract signed between the government of Ghana and Zipline which is under MAMA-HELP to supply four drones at a cost of 12.6 million dollars “as very surprising and beyond human thinking.”

“We at MAMA-HELP are bringing the package including the drones for free. But all of a sudden we heard government of Ghana has signed a contract with Zipline which is supposed to bring a component of the package for free for 12.6 million dollars that they are going to purchase which is very surprising and we do not know how that came about.

“Really, it sounds so surprising that medical drones MAMA-HELP is going to supply for free, the government of Ghana through the minister of health Dr. Kwaku Agyemang Manu is turning round to purchase the same medical facilities for 12.6 million dollars.

February 2018, was marked as the date for the launching of the project at the embassy of the United States of America [U.S.A] in Ghana, which never came of as all of a sudden the minister of health Dr. Kwaku Agyemang Manu placed an injunction on the project because he suspected it was a scam this reporter learnt.

Meanwhile a delegation which was led by Dr. Afisa Zakariah was sponsored by MAMA-HELP on verification tour to the United States of America and filed a report with the minister of health that cleared MAMA-HELP of any scam and inability to carry out its projects in Ghana.

Or is it was part of the president’s programme never to accept free aid in whatever form from international development partners in developing the country?

They need answers as to why the minister stopped the project from taking off but at the same time went round to sign a contact with Zipline which is under MAMA-HELP to supply the drones for 12.6 million dollars.

Very angry with the minister of health’s double standard role, Mr. Emmanuel Quaye said, should he meet the president today, he will ask him why the minister of health Dr. Kwaku Agyeman Manu cancelled MAMA-HELP supply project of medical facilities for free and turn round to sign a contract of 12.6 million dollars for four medical drones with Zipline which is under MAMA-HELP?

“As MAMA-HELP special representative for West Africa, I will like to ask the president to cancel the contract signed with Zipline to supply four medical drones for 12.6million dollars and deal with MAMA-HELP which is going to supply over 10 medical drones, build 10 regional hospitals with beds, two central medical storages for fee for the good people of Ghana to receive quality health care delivery to safe the task payers money” he stated.

He further described the 12.6 million dollars contract signed between the government of Ghana and that of Zipline Company to supply four medical drones as a financial loss to the state and he is looking for an opportunity to meet the president to totally brief him about the provision of medical drones and other facilities by MAMA-HELP to Ghana for free.