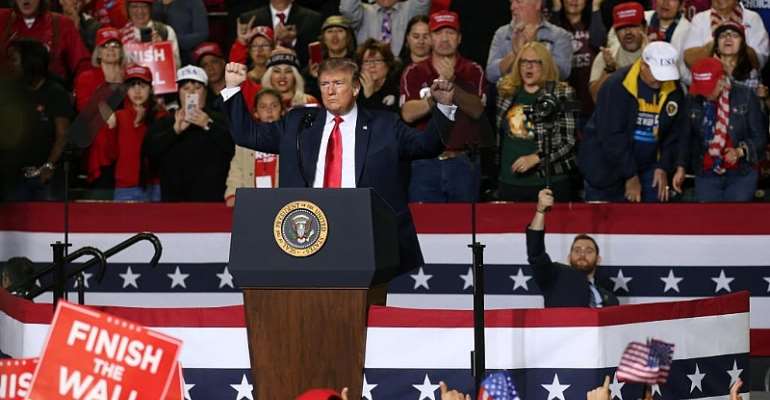 President Donald Trump has indicated he is ready to sign a border security funding deal, despite failing to get anywhere close to the money he sought for a US-Mexico border wall, US media reported Wednesday.

CNN and NBC television quoted sources close to the president saying that Trump has resigned himself to the deal crafted by his Republican Party and the Democrats in Congress.

White House spokeswoman Sarah Sanders would not confirm or deny the reports, but said Wednesday that "there are positive pieces" in the deal.

"We want to see the final piece of legislation," she told reporters.

Trump had demanded $5.7 billion for a dramatic extension of fences and walls along the Mexican border, claiming that the United States faces an "invasion" of criminals and illegal immigrants.

Democrats refused, accusing him of exagerating the situation for political gain.

Trump retaliated in December by cutting funding to swaths of government in a five-week shutdown. He had threatened to trigger a new shutdown this Friday if his demands were not met.

The deal worked out in Congress this week will provide less than $1.4 billion for wall construction.

On Tuesday, Trump said he was not happy with the deal but "I don't think you're going to see a shutdown."

Trump says he can still add to that from other sources not requiring congressional approval, although he has been vague about how this would work.