By Association of Liberian Journalists in the Americas (ALJA) 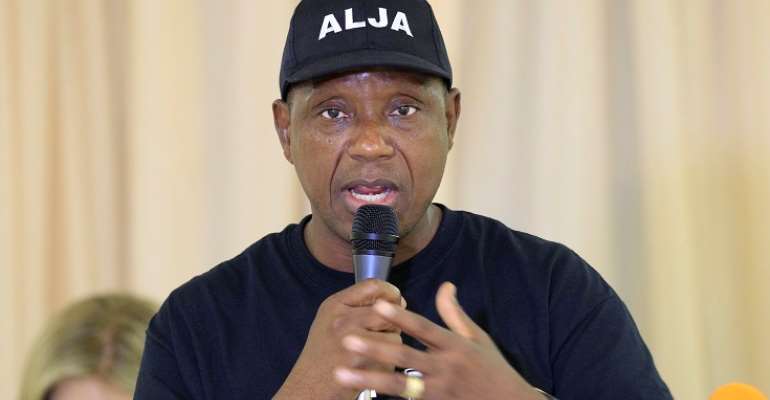 New Castle, Delaware-The Association of Liberian Journalists in the Americas (ALJA) is urging Liberia's President, George Manneh Weah, to put in place administrative measures that would curtail public officials, mainly the Chairman of the Coalition for Democratic Change (CDC), Mulbah Morlu, from making unhinged political pronouncements that have the propensity of plunging the country into another upheaval.

ALJA says the governance of any nation comes along with sobriety and political maturity on the part of its national leaders. However, the Association asserts recent political statements regarding happenings in Liberia attributed to Chairman Morlu and some officials of the CDC led government have fallen short of these expectations.

In a press release issued on February 11, 2019, ALJA said the CDC Chairman's unpolished comments about the prevailing economic and political situations in Liberia are doing more harm to the image of the government and the country at home and abroad. The Association cited Chairman Morlu's latest allegation levied against the standard bearers, leaders and supporters of the Alternative National Congress (ANC), and Unity and Liberty Parties of plotting to assassinate President Weah as one of such irresponsible utterances.

ALJA said the Chairman's allegation against the cited opposition political parties is grave and it has the proclivity of endangering Liberia's peace and stability. The Association called on the Liberian government to act swiftly in conducting an independent probe into the accusation.

ALJA maintains “This can't be business as usual. Chairman Morlu must be invited by the Ministry of Justice for a serious inquiry into the charges he made against the opposition”. The Americas based Liberian journalists said the implications of the CDC Chairman's impulsive pronouncement are huge, and everything must be done legally to bring him to justice. ALJA says Chairman Morlu should either prove his allegations against members of the opposition or issue a public apology.

The Association said the accusation could potentially heighten the security situation in Liberian; and create unnecessary tension between the ruling party and the country's opposition bloc. ALJA said Chairman Morlu's wild talk also, endangers the safety and wellbeing of the opposition political leaders, and their supporters and families for no justifiable reason.

ALJA said the alleged assassination plot has the likelihood of driving away potential investors and creating untold hardship for Liberians because no investor would invest in a country where its national security is threatened foolishly. The Association said after 14 years of dreaded civil wars beginning 1989 to 2003, Liberians don't need another political conflict.

‘Flouters Of Ban On Public Gatherings Will Be Dealt With’ – ...
44 minutes ago